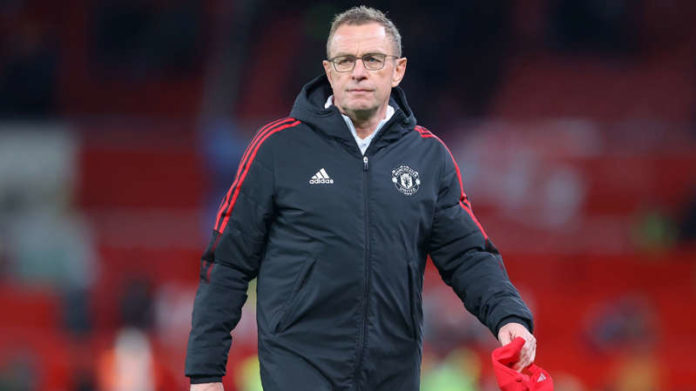 Interim manager Ralf Rangnick has warned Manchester United fans that the club is not yet considering transfer targets for the January transfer window. United’s focus is primarily on outgoings this month. Anthony Martial, Dean Henderson, Jesse Lingard and Donny van de Beek are all frustrated, while Paul Pogba is now free to speak to overseas clubs after entering the final six months of his contract.

Forwards Edinson Cavani and Juan Mata continue to be linked with exits from United, as do centre-back duo Eric Bailly and Phil Jones.

With so much to think about already, Rangnick told Sky Sports News that he is yet to discuss potential incomings at Old Trafford.

“[It’s] too early now,” he said. “The current squad is big enough, with a lot of competition in the squad.

“To speak about future players coming into the club doesn’t make sense at this stage when we have to find out which player is in which position, the best possible solution for every game.

“Right now for me, it doesn’t make sense to think about future players. My full focus is on the current squad and to find for each game the best possible formation and line-up.”

Rangnick went on to admit that figuring out a way to keep all his players happy is arguably the most important part of management.

“This is always about man management, having a good relationship with the players,” he continued. “But also be aware that you’re the one to take the decisions.

“Who is going to play, who will be substituted, who will be on the bench or possibly not even make it into the squad for the next game.”