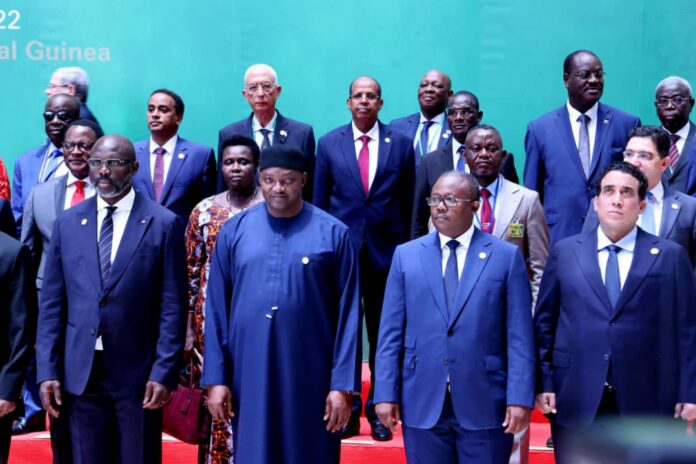 President Adama Barrow has reaffirmed his government’s stance against the unconstitutional change of governments, saying it undermines peace and sustainable development.

The President was speaking over the weekend during the 16th African Union Extraordinary Summit on Terrorism and Unconstitutional Change of Government in Africa, in Malabo, Equatorial Guinea.

President Barrow said his government fully supports ECOWAS’s position against coups and violent means of assuming power. He called for the quick return to constitutional order in all affected countries.

Additionally, he advocated for the need to strengthen democracy, peace, security, and development to counter the undesirable conditions leading to an unconstitutional change in governments. He called on his fellow African leaders to renew their commitment to addressing development challenges and socio-economic inequality on the continent.

Speaking on the rise of terrorism and violent extremism, President Barrow called for the mobilisation of national, regional, and continental resources to disengage all groups that use violence to achieve their political ambitions. He called on the AU to deploy its resources within its governance and security structures to support member states.