President Barrow says Darboe is battling old age, rehashes his vow to retire him in December 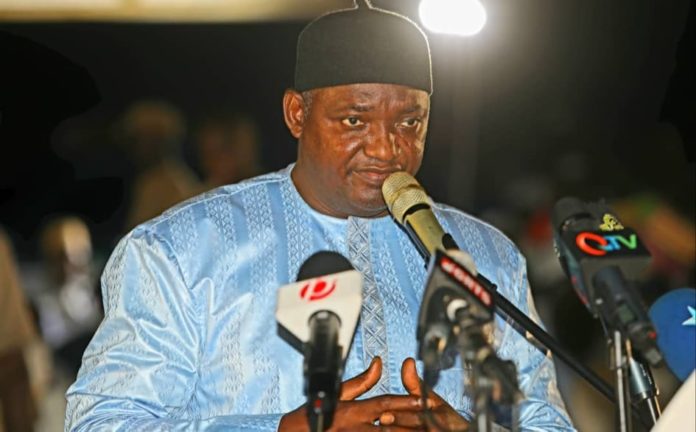 Darboe and President Barrow calling each other father and son dates back to 2016 when the UDP leader was released from prison.

But relations between the two have since soured following Mr Darboe’s sacking by President Barrow in 2019. The two have been going after each other amid the December election which Darboe will contest.

But speaking in Sukuta over the weekend at a rally, President Barrow vowed to retire Darboe from politics.

He said: “I know my father is battling old age now because some the statements he make are only made by someone who fell from a cart. But I want to warn him that I had said we will retire him on the 4th of December. It will not fail, we have taken the decision in Sukuta. We will retire him.

“I don’t think he will get the honour, that there would be another person who would give him the honour that surpasses the honour I have given him. For 20 years he was in this country as an opposition. I joined him as an opposition, he never for once gave me a dime instead I was the one taking my money and putting it into my politics. And if he needs money for his politics, I take my money and put it into it.

“We were in that struggle until 2016. He was arrested and it was us who stood during his trial. It was us who mobilised the vehicles, we were the ones mobilising the people to go to court and prison. We fought that fight until he was jailed. We continued the fight until I became the candidate and won the election.