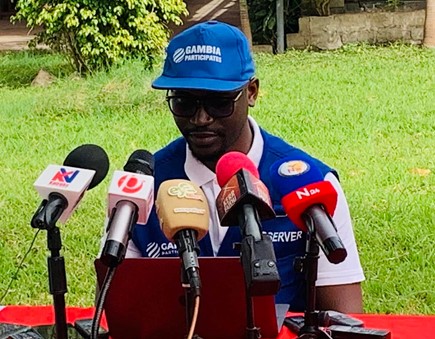 The Chief Executive Officer of Gambia participates a youth-led civil society organisation that focuses on enhancing transparency and accountability in the public sector, Marr Nyang has said that it is wrong for President Adama Barrow to use his constitutional privilege to access state resources and embark on a campaign tour which would give the ruling NPP Coalition undue advantage in the upcoming National Assembly Elections.

Nyang was answering to questions by pressmen at the Metzy Residence Hotel. He noted that although it is a constitutional provision that the president visits the Gambian people across the country to interact with and hear from them, it must not be used to campaign and give undue advantage to the National Peoples Party (NPP) led coalition.

“Constitutionally the president has the authority to make national visits to interact with the people. But since it is a state-funded activity the president should not use it to embark on political propaganda as it is bad and against the law,” Nyang said.

This he added will create a non-level playing field for opposition parties.