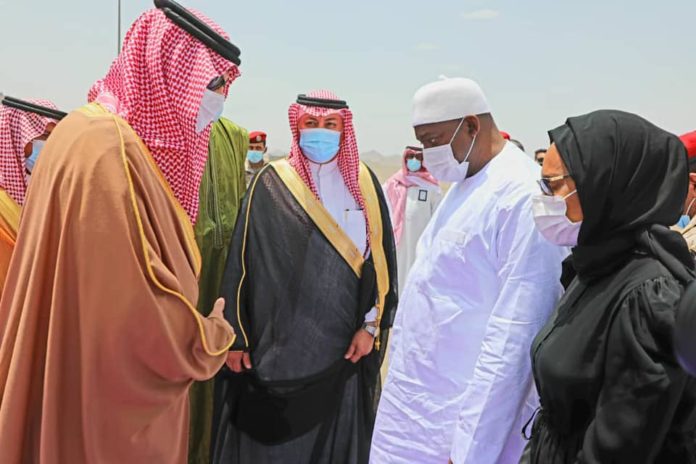 President Adama Barrow arrived in Saudi Arabia Wednesday afternoon amid his official visit of the kingdom.

In a statement, State House said the president arrived in the country accompanied by his Fatoumatta Bah-Barrow and other Senior Government Officials.

The President will inaugurate the new Gambian Embassy and Ambassador’s residence, in addition to other engagements while in Saudi Arabia, State House added.