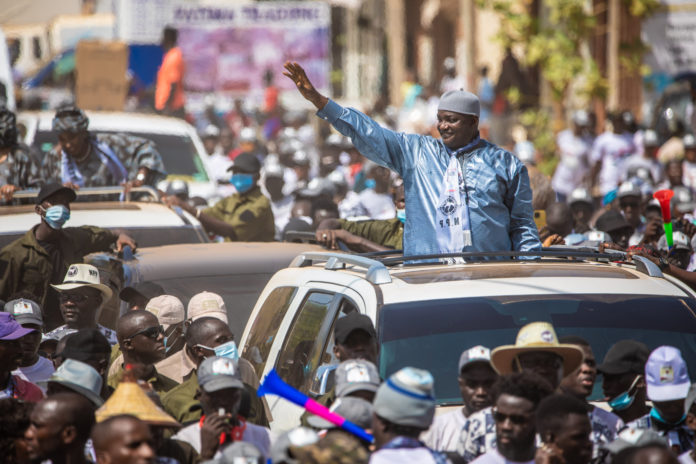 As the Gambia heads for presidential elections on December 4th, we should evaluate which factors could potentially impact voter behavior.

Demographic-based alignments should be openly accepted as the most useful analytical tools for political analysts in the Gambia although, some people downplayed it for political correctness

The NPP-led coalition must watch ESSA MBYE FAAL (independent Candidate) very closely. He could be the biggest spoiler for the Grand coalition, as was the case in 2016. Coalition 2016 would not have won the election if Mama Kandeh (GDC) had joined them would have been a landslide for Yaya Jammeh and the APRC.

Identity politics is visible in our everyday politics. Let us look at the map showing voter preferences in the 2016 presidential election, 2017 National assembly election, and the recent By-election in Niamina West and Jokardo, which indicates physical segregation of citizens based on their political preferences.

Most Gambian are conservative people who prefer to live near to people similar to them. The predictability of voter behavior in regions or constituencies is widely observed in The Gambia.

From the regional level to constituencies, there are many areas dominated by a particular party. This trend can also be observed within cities with voters of different parties concentrated in different areas.

NPP-led Coalition already won the psychology of the race the recent endorsement of various presidential candidates that got rejected by the IEC demonstrated they are way ahead of the UDP when it comes to the perception of who will win the election.

The biggest blessing of the NPP Led coalition is they are all-inclusive, and all demographics take ownership of the NPP. UDP is struggling in that regard, and they still did not have the right strategy. Any election between UDP and NPP alone would be a landslide for the NPP.

Essa Faal is the biggest threat to NPP’s ability to win in this election, for if Essa Mbye Faal does very well in this election could affect the NPP margin of votes. The NPP Led Coalition must not be complacent because thinking beyond identity requires cognitive effort, and in the case of The Gambia, it is our reality, and it is almost impossible to change such perception within this period.

Taking a closer look at the Essa Mbye Faal Campaign Itinerary would further concretize my argument by looking at the demographics he is targeting. NPP Led Coalition must focus on regions, constituencies where Essa Faal would be doing meetings and rallies to ensure he did not cause an upset in favor of the UDP.

NPP should not rely on media focus must be on grassroots Campaigns, for the media have faced challenges in terms of perception of voters. Supporters of different political parties are receiving their news from totally different sources and form their opinions based on those.

Moreover, almost all supporters of Political Parties have decided to choose which news media to trust and deliberately accused certain news sources of others as biased, unlike their own.

News media in the Gambia also has been polarized, and mainstream platforms have been wiped out over time. Personal opinions are formed by judging the source of news items rather than by evaluating their content.

People accept the arguments of the members of their parties without questioning their validity, and they can be prejudiced against those of the other opponents.

In this election, many voters genuinely feel they live in a time in which their survival is threatened by political instability if a particular party wins. This is helping the NPP in many ways due to their all-inclusiveness in comparison to their political opponents.

I believe NPP Led coalition has a compelling argument to make if they focus and continue making such arguments using their all-inclusiveness, the message of peace, national unity, and reconciliation.

The more Gambian are getting educated, the more they showcase identity solidarity. On various Facebook platforms, comments echoing tribal sentiments; are made by people that should be role models in our society. Although, identity politics is not unique to the Gambia; it can be observed from the United States, the United Kingdom, etc.

Finally, I am predicting the NPP Led coalition will win the December 4th presidential election from 60% to 70% if they adhere to the above advice.