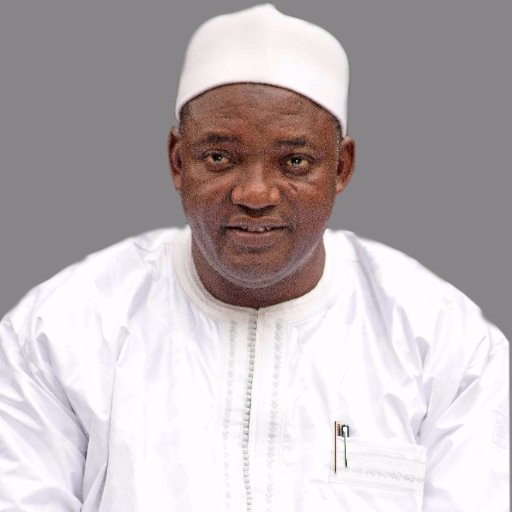 His Excellency, President of the Republic, Adama Barrow, on Friday morning received the Letter of Credence of the new Qatari Ambassador to the Gambia, His Excellency Faisal Fahad Abdallah al-Mane’a, at the State House in Banjul.

After inspecting the Quarter Guard mounted in his honour by the Presidential Guard, the Ambassador met the President to present the official letter of assignment. A closed-door meeting followed during which the President expressed gratitude to the State of Qatar for immensely supporting the development efforts of the country, despite a difficult relationship with the previous regime.

‘’Immediately after the change of government, Qatar expressed interest to continue the cooperation and relationship between our two countries. Not only did they send a delegation to express solidarity with us, they also maintained and reopened our embassy in their country,’’ the  President said.

While urging the Ambassador to follow in the footstep of his predecessor, who had so much goodwill for The Gambia, the President expressed best wishes and assurance of the highest consideration during his tour of duty.

For his part, Ambassador Faisal extended greetings from the Emir of the State of Qatar, and promised to strengthen the strong ties between the two countries.

Meanwhile, the President of the Republic also received in audience the Attorney General, Dr. Ali Bin Fetais Al-Marri, at the State House.  During the closed-door discussion, the special envoy was full of praise for the President’s style of leadership and ambition to transform the country.

‘’Other countries and leaders request cash and financial support from us but President Barrow requested technical support to promote the rule of law, justice and good governance. You [referring to President Barrow] choose the Mandela way’’, he stated.

According to Qatari Attorney General, that demonstration of the seriousness and visionary leadership of the President serves as a strong motivation to support the development of The Gambia. He added that The Gambia is changing and Qatar  wants to be part of that history by supporting the justice delivery mechanism in the country.

President Adama Barrow thanked the State of Qatar, through the Attorney General, for supporting his government. He said he is particularly impressed by the commitment shown to support the Truth, Reconciliation and Reparation Commission and the forthcoming OIC Summit, which will be hosted in the country by 2019.

Share
Facebook
Twitter
WhatsApp
Linkedin
Viber
Previous articleOn the Appointments of the Executive Secretary, Deputy Executive Secretary and Possibly Other Staff to the TRRC
Next articleCorruption and Indiscipline: Two Cancers Blighting the Gambia!!!