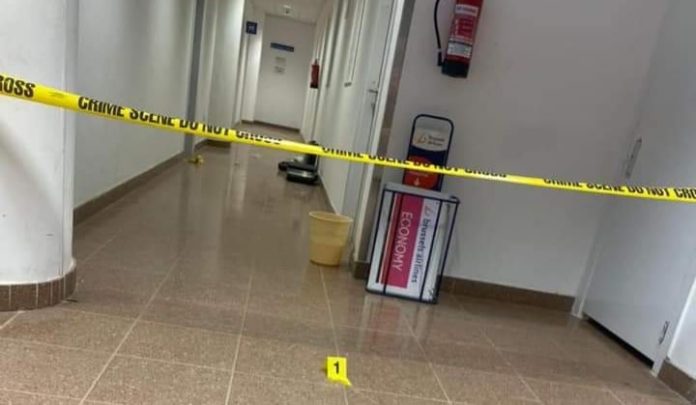 Police said on Friday evening they have arrested a man who allegedly broke into a bank and stole close to D600,000.

“Upon receipt of information about the reported breaking, detectives quickly visited the scene, gathered evidence and swiftly opened investigation into the case.

“Successful analysis of fingerprints and other relevant evidence from the scene of crime led to the identification of the suspect and hence his immediate arrest.

“Further investigations revealed the suspect stole an amount of D599,700 from the Bank.

“The suspect Wagan Senghore who was arrested at Amdalai with cash amount of D52,  800 later led investigators to his house at Brikama Manduar where he stashed an amount of D489,  600 being stolen from the bank. Through diligent investigations police recovered a total of D558, 200 of the stolen amount.

“The suspect is currently helping police with investigations to recover the balance of the stolen money.

“Members of the public are encouraged to continue collaborating with the police in solving crime. Together we can keep communities safe at all times.”