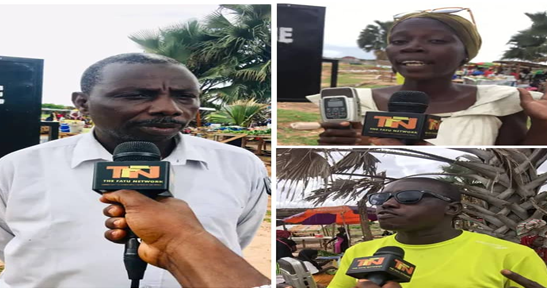 Residents of Sukuta-Salagie, over the weekend converged at a press briefing where they accused the Physical Planning Department of land grabbing and warned that any further attempt could cause instability.

Speaking at the briefing, Maimuna Bah, the President of Sukuta-Salagie United Association said there is a rumour that the Physical Planning Department wants to demolish the Salagie market, noting that the market will be constructed whether the Department likes it or not.

“We will never stop until we get what belongs to us, and that is the market that was allocated for the women of Sukuta-Salagie and it surrounding,” she stated.

Mrs. Bah accused Mamadi Manjang, the head of the Physical Planning Department and few individuals of Salagie Layout Community Association of illegal land dealing in the community, emphasising that they will never relent in fighting for what belongs to them.

She further alleged that a group of people who formed Salagie Layout Community Association have taken their lands and have sold them to other people.

“We are not blaming the government, but the Physical Planning Department and Salagie Layout Community Association. Let them allow us to build our market in peace,” she said.

Prior to the allocation of the market in Salagie, women in neighbouring communities travelled all the way to Serekunda, Bakoteh, Coastal Road Market, among others to either buy or sell commodities.

The residents urged the government to support women and petty traders who are struggling daily to make ends meet.

Lamin Jatta, the Public Relations Officer of Sukuta-Salagie United Association said the native of Salagie allocated land for the women of Salagie and its surrounding to earn their living from the market.

He stressed that women in the country continue to face challenges in terms of feeding their families and in other domestic work they do at home.

Abdoulie Cham, a resident of Sukuta Salagie, said that lot of senior government officials are occupying lands belonging to the people of Salagie while denying women the only place allocated for the market.

“We are not going to surrender to them because we are ready to fight back and we await anything that we come out of it,” he said.

He explained that before they started the market they wrote to the Ministry of Justice, Ministry of Local Government and the Ministry of Interior informing them that the women of Sukuta-Salagie wanted the land to operate the market and we sent the letters with 300 signatures from the women.

Bintou B Colley, the Secretary of Sukuta Salagie United Association said one major problem they are facing is the construction of the market, not only for  women of sukuta-Salagie but also for other communities like Yuna, Jarbang and labakora.

“Women are suffering a lot in this area, and we demanded for the market during the presidential campaigns, and it was promised to us,” she stated.

Gibril Bojang, a resident of Sukuta Salajie and a construction engineer said they have issues with the Physical Planning Department which took their lands from them.

“They have given some of the land to their girlfriends and their relatives and we have evidence on that, and if they want they can come and prove themselves,” he said.