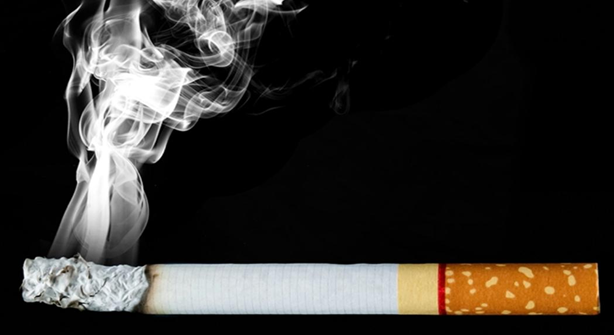 It occurs when tobacco smoke enters an environment, causing its inhalation by people within that environment.

In other to unearth the health implication of passive smoking, the Fatu Network spoke to certified nurse-midwife, Limam Hydara, who outlined some of the dangers attached to passive smoking.

The seasoned nurse revealed that passive smoking may have been a huge contributing factor in learning deficiencies.

“So many people we consider stupid at school may have been exposed to tobacco smoke while in utero by either their fathers, grandfathers or neighbours.”

After engaging some passive smokers in a brief interview from various communities, many urged the officials to enforce the Smoking Act due to the negative impact it has on their health.

“The mild implementation of the ban on the Public Smoking Act within the country is very bad from the government, considering the health implications it has on ordinary Gambians.

People are smoking everywhere regardless of the ban and nothing is being done to avert it. I cannot sit at my gate anymore because of cigarette smoke from the ghetto near my compound gate.

I always catch a cold the moment I perceive the smoke of a cigarette from another person. It makes me cough and sneezes throughout. The scent of cigarettes is both hazardous and harmful, and quick action needs to be taken.”

In the same vein, Sulayman Njie, who is asthmatic also explains the effects of passive smoking on his health. “Smoking in public affects non-smokers like me a lot. Whenever I inhale the smoke from cigarettes, I experience eye, nasal and throat irritation.

I also experience coughing, wheezing, and shortness of breath. As an asthmatic patient, the smoke also triggers a mild asthmatic reaction and the bad smell of cigarettes makes me dizzy as a passive smoker.”

Seyfo Singhateh, Senior Program Officer at the None Communicable Diseases UNIT (NCD), Directorate of Health Promotion and Education at the Ministry of Health said the Public Smoking Act is still being implemented and that necessary measures are being taken as well.

“The act is being implemented and there were places we visited from several locations that are public places where smoking takes place and we have taken necessary measures. As we speak, we have seized materials indicative of smoking from places we have visited like shisha jars, tobacco pacts and many more. We have confiscated them and the culprits are currently in custody waiting to appear before the court.”

He went on further to assure that implementation is still in the process even though people are still publicly smoking.

“Even today in the morning I have surrendered shisha jars to the Senegambia Police Station to be processed so the Act is being implemented. Maybe people are not following the provision at home, in small gatherings in the streets, but also people are not complying.”

The NCD Program Officer partially blames the public for not taking action against people smoking around them, saying the public is not taking ownership of the law to make sure no one smokes around them. Adding that implementation of laws in the country is very difficult because “the public is not supportive when it comes to implementing laws” and that “they live everything in the hands of enforcement officers.”

Mr Singhateh however said smoking is an attitudinal problem and changing that would take time. He further said they are doing their best to get to where they want as far as the Implementation of the Act is concerned.

The Tobacco Control Act, 2016 was adopted in December 2016 and entered into force on December 17, 2018. Provisions on smoking in public places and tobacco advertising, promotion and sponsorship came into effect immediately.