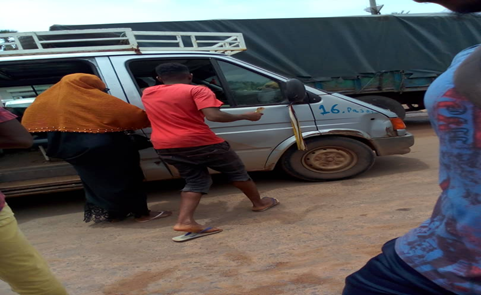 Passengers who routinely travel from Serekunda to Banjul and other urban settlements have frowned at the behaviour of commercial drivers towards the country’s legal tender. Both the old and new denominations are currently in circulation.

In a random interview with this medium, passengers complained about commercial drivers preferring them to pay their fares with new banknotes.

“I gave D50 dalasi to the driver but he refused to accept it, saying it was damaged. My note was mutilated in the middle and because of that he couldn’t accept it. They need to understand that the same mutilated or damaged banknotes are given to us by other business people,” Kekuta Sarjo, a commuter said.

Most of the banknotes in circulation easily gets rough. Commuters said it’s not their poor handling of the currency causing such.

“I bought a kilo of meat at Serekunda market, and the butcher gave me a rough banknote as change. That was the money I used as fare from Serekunda market to Westfield. If drivers are not accepting damaged Gambian dalasi, that is surprising to me,” Ndey Cham, a housewife from Ebo town expressed.

Saikou Njie is a businessman who owns a fashion shop at Serekunda. He told this medium that the dalasi is the country’s legal tender and that he never rejects it from customers.

“People come to buy with rough and damaged banknotes, but I however accept them. If the business people are not rejecting the money from customers; why then are drivers doing that?” he questioned.

Westfield junction in Serekunda is a busy commercial area where vehicles plying Manjai, Banjul, Tabokoto and other urban destinations stop over to pick up passengers.

The Fatu Network engaged a number of drivers at Westfield junction. They defended their action, blaming commuters for what some described as “reckless attitude in keeping banknotes”.

“Many of them do not use wallet; they just fold the banknotes and put them inside their pocket. If they keep doing that, the money can easily get torn and some important features on the legal tender could be affected,” said Demba Bah, a commercial driver.

Lamin Joof and Dam Gaye are also commercial drivers plying Westfield to Bakau. The urged commuters to pay them with clean notes.

“They have good money, but it is the rough money they deliberately give us” Gaye claimed.

“Anytime I get a lot of these notes from commuters, I take them to the gas station to exchange them with clean ones,” Joof noted.

In his reaction, The President of Gambia Transport Union, Omar Ceesay, reiterated that dalasi is the legal tender. He however clarified that drivers don’t deliberately refuse damaged banknotes.

He said people should not give drivers damaged or torn notes, saying that such is of no use to drivers because they wouldn’t be able to spend it.

When contacted for his response, Mr Ebrima Ceesay – communication officer of the Central Bank of the Gambia, warned that rejecting the country’s money is an offence and anyone found wanting will face the law. “Unless the serial numbers and the figures are no more visible, but to say the middle is torn or old doesn’t warrant any rejection,” he said.

The responses from interviewees were similar, all calling for positive handling of the Gambian currency.