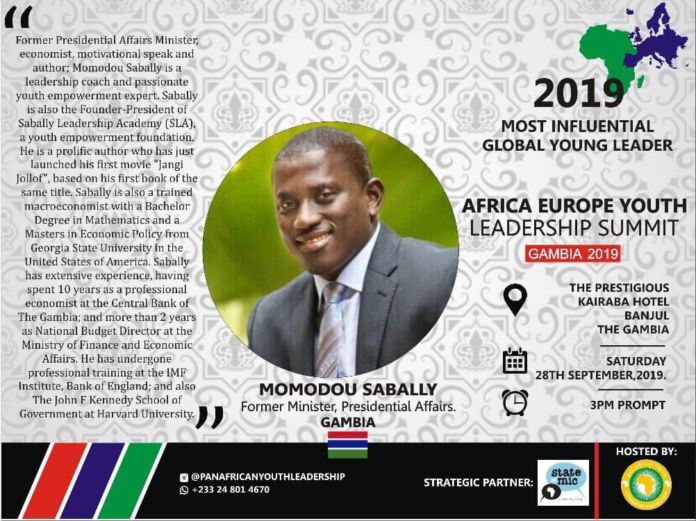 The Governing Council of the Pan African Youth Leadership Foundation has conferred an award for Most Influential Youth Leader on former Presidential Affairs Minister and youth empowerment enthusiast, Momodou Sabally.

Sabally was recognized alongside other prominent trailblazers and trendsetters across Africa and Europe during the Africa-Europe Youth Leadership Summit on September 28 held at Kairaba Beach Hotel.

The award is in recognition of his tireless efforts in inspiring and empowering youths across the African continent and beyond as an international speaker, role model and leadership coach.

Sabally has been traveling around the African continent and beyond inspiring and mentoring youth leaders for years. He is a regular speaker at such high profile platforms like the Africa Students and Youth Summit, the African Youth Action Network, among other continental platforms.

This recent award follows another one presented to Sabally in Freetown in March of this year’s where the Confederation of West African Youths also honoured him for his leadership and Inspiring work geared towards youth development.

Author of several books in the inspirational genre, Sabally is a popular international speaker and leadership coach. He founded his own youth mentorship foundation called Sabally Leadership Academy (SLA) in 2015, and the impact of his work is now felt across many countries.