Over Poor Women’s Representation In His New Cabinet: Barrow Gets Criticised 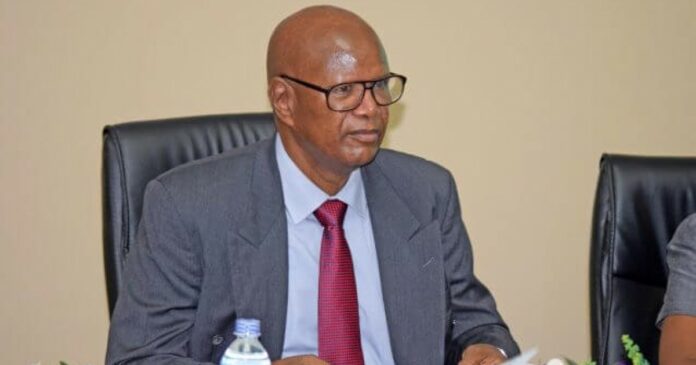 Former Information Minister Demba Ali Jawo has called out President Adama Barrow for appointing very few women into cabinet positions. Jawo blamed the president for being unfair to the Gambian women who were instrumental in his winning a second term.

“One disappointing aspect of the new cabinet is its gender composition, or rather its poor women’s representation. President Barrow has definitely not been fair to Gambian women who played a very big role in his re-election. Instead of enhancing their positions vis-a-vis their roles in governance and decision making, he has down-graded them,” Jawo said.

Women Jawo said were the number two and three personalities of the state (Vice President and Speaker) in the previous administration but this time around, they have not only lost both positions but they have been relegated to positions of virtual insignificance as far as governance is concerned.

“There is certainly no shortage of competent women to fill virtually all positions in government but he simply chose to deliberately give preference to men over the women,” he said.

Jawo opined that logic demands that the president should not only maintain at least one woman in one of the top leadership positions that they held in the last government but that he would increase the number of women in the cabinet rather than reduce the number to three as he has done.

He further blamed President Barrow for showing a complete lack of political will to mainstream gender in his administration.

“In fact it would not be surprising if he decides to replace the only woman regional governor whom he had appointed as minister, with a man, thus denying the women another leadership position,” Jawo stated.