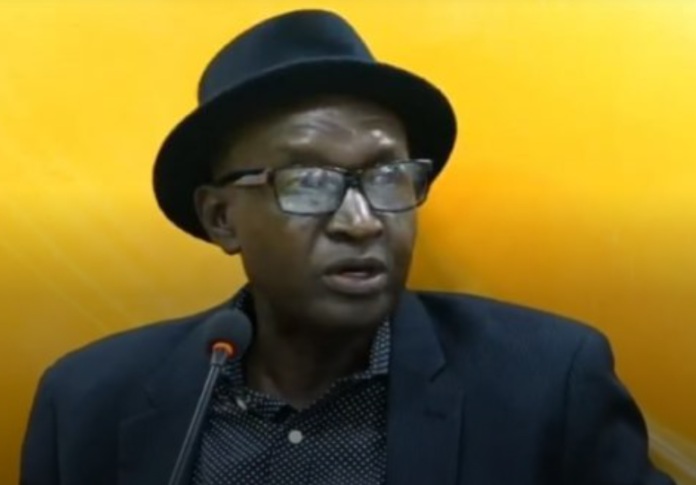 It is crystal clear that there is a calculated and dishonest campaign perpetuated on social media by certain disgruntled elements but in particular by Mr. Madi Joberteh to malign the character of the minister of lands Hon. Musa Drammeh for allocating government residential plots to cabinet Ministers and other entitled dignitaries.

After conducting a thorough investigation of his condescending allegations I can attest with certainty that the minister concerned Hon Drammeh acted per the land allocation rights vested in him and enshrined under the Land Administration Laws under section 11A of the State Lands Act 1991 CAP 57:02 Laws of The Gambia and also under Regulation 8 of the State Lands Regulation.

Evidently, the ministers and other beneficiaries listed by Mr. Joberteh as donees in the allotment were first confirmed to have never been allocated such homesites before. It is also pertinent to acknowledge the fact that the area in question was state-owned land at the time the allocations were made to the recipients.

It was actually a decision made by a government-constituted-land commission like any other commission mandated to act on the legal guidelines of an important transaction. So any attempt to blame Hon. Musa Drammeh for executing a collective responsibility will be unfair on him and blatantly disingenuous, to say the least.

How deceitful can we be to pretend as if previous governments of The Gambia hadn’t in the past allocated land through this ministry to an uncountable number of public servants including ministers, military officers and private citizens? How long ago was it for Gambians to forget such layouts as in Kanifing East, Kotu East, Fajara, Pipeline, Bejilo, and Cape Point among others that were launched by the previous two Governments and distributed to civil servants, ministers, business owners, military officers and other eligible Gambians?

This writer was a bonafide beneficiary with all his counterparts when in 1987 the then minister of lands Honorable Alagie Yaya Ceesay acting on government injunction issued all commissioned military officers a patch of ground at the Kotu East Layout. And I don’t think any sane Gambian at the time attempted to use Madi’s counterargument for us to return the lands or called for the arrest and prosecution of the minister on what seems to be mere politically-induced rhetoric.

We have to realise that there is nothing new or strange about what the minister Hon Musa Drammeh has done to trigger the unprecedented brouhaha on social media propagated by none other than rogue opposition elements vying to score cheap political points.

But does it surprise anyone that the protagonist spearheading the character assassination of the minister is none other than Madi Joberteh who over the years has come to epitomize intellectual dishonesty? But what do we expect? After zealously rooting for the opposition political parties to unseat the Barrow government and suffering a succession of humiliating defeats, his wounded ego has now impelled him to weaponize misinformation and character assassination aimed at swaying public opinion against the current government and its honourable members.

But like in his previous failed attempts to incite social and political rebellion in the country-Westfield intersection has since become synonymous with his futile endeavours-this new strategy of Mr. Joberteh will equally crash rather than gain the traction he desires.

They may try to manipulate the gullible and unsophisticated Gambians who may not know much about the past but to think that there are no longer conscientious and knowledgeable people around to remember and identify all those families and their offspring who in the past benefitted from such government-land allocations, particularly within the Fajara and Pipeline layouts is both absurd and narrow-mindedness.

Please don’t start us into calling names or publishing lists of those families whose unruly offsprings had found nothing abnormal with the process yesterday but deem it obnoxious today.

Madi and his gang of dishonest critics embedded in the opposition coterie ought to recognize that as recently as in 2018 a good number of their comrades-in-the rampage accepted similar land offers from the ministry of lands and will never surrender the properties for any number of juvenile threat to protest at Westfield or hollow ultimatums to sack, arrest, charge and prosecute any government official.

Trust me, I was indeed privy to a list of many recipients in the past whose names if published will only embarrass these hopeless bullies and members of their families.
Folks pretending to be holier-than-thou on the social media today when their parents had yesterday benefitted from the same offers leaves me wondering what these guys have been smoking lately to take all the Gambians for granted.

But whom are we kidding about Madi Joberteh? When Mballo Kanteh a serial murderer was coached to appear before the TRRC and accuse me of torturing him Madi in his habitual arrogance literally wanted me lynched for the contentious testimony. But when his blood brother Lamin Babanding Joberteh was accused by the same Kanteh of more savage torture he said nothing about him.

The partisanship in this fellow flows deeply in his DNA. He probably has the names of all his family members, associates and colleagues who actually benefitted in the land allocation at the ministry of local government from Hon. Musa Drammeh but will act as if they are all “pardonable” or don’t even exist.

If we cannot commend Hon Minister Drammeh for allocating land to deserving Gambians whether they are ministers or not, please spare him in your hateful and wretched crusade.

The honourable minister did not do anything wrong other than to legally allocate government land in the manner it has always been done for officials they happen to hate and despise for who they are. Our conscience will not let us remain indifferent to unsolicited character assassins, calamity engineers and lacklustre losers like Mr. Madi Joberteh and his chums.

Kudos Honorable Musa Drammeh, your work is very much appreciated by all sincere Gambians.