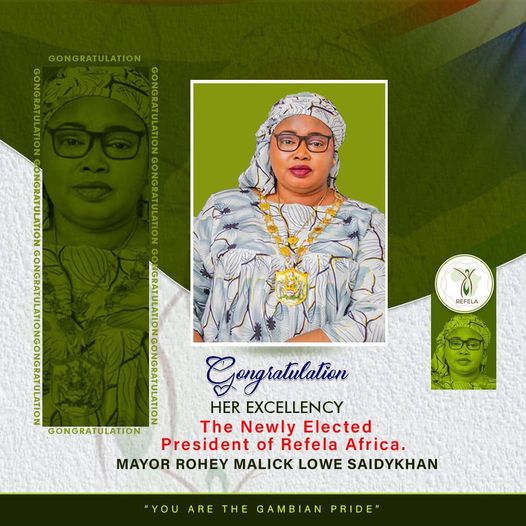 The United Democratic Party (UDP) Leader and Secretary General ANM Ousainu Darboe has congratulated the Mayor of Banjul Rohey Malick Lowe on her election as president of REFELA the Network of Locally Elected Women of Africa.

“On behalf of the National Executive Committee, the Central Committee and all members of the UDP and indeed on my behalf I wish to express my heartiest felicitations to Rohey Malick Lowe, the mayor of Banjul, the Capital city of the Gambia for her election as the President of REFELA. This is not the first time that the Mayor of Banjul has garnered global recognition for her work and formidable leadership qualities,” Ousainou Darboe wrote.

He further noted that as a political movement they are extremely proud of the Mayor’s many accomplishments at home and abroad and believes that this newest accolade for the Mayor of Banjul is a fitting tribute to Gambian women leaders.