Our Lives are in Your Hands Pres. Adama Barrow and NIA Director Ousman Sowe! 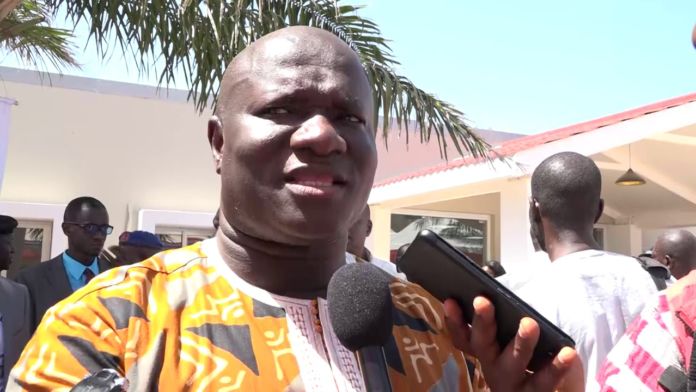 On July 29, I received information from a source inside the NIA that the Director General Ousman Sowe convened a meeting recently where they discussed how to disable a list of citizens including myself. They intend to do this by implicating us in various crimes such as implanting drugs in our homes, vehicles and offices. The agent said Ousman Sowe has already identified a team of agents to execute this plan. Furthermore, the source noted that it was Ousman Sowe who in fact instigated IGP Mamour Jobe to kidnap me on June 30 and then imposed bogus charges with the intention to silence me.

I hereby state that I believe this information 100% until Pres. Adama Barrow and Ousman Sowe come out to publicly refute with evidence that such a meeting ever took place and such a plan ever existed. A lot of people including myself had already shared this information on social media. It is already more than 72 hours yet neither the Office of the President nor the NIA came to refute the information. Therefore, I take it that the information is true.

This is no surprise news to me anyway because I had been under surveillance under the Yaya Jammeh Tyranny. I had many instances of interference with my phone calls. I had recorded many times when unidentified persons visited my home to inquire about my whereabouts. During TANGO activities we had noticed uninvited persons taking videos and pictures. Above all I had experienced numberless pickup trucks trail my vehicle several times. Many other Gambians also faced this kind of experience. I can confirm that all of them were either NIA agents or Junglers.

Therefore, this latest criminal attempt by the NIA does not surprise me. But indeed it concerns me greatly for the simple reason that this kind of terrorism by the Government should have ended on 17 January 2017. The continued occurrence of this malpractice highlights the gross failure of Pres. Adama Barrow to ensure the necessary legal and institutional reforms of the security sector in particular. For that matter I place full responsibility for this hit list on the hands of Adama Barrow.

This is because it is Pres. Adama Barrow who decided to maintain the NIA today as it was under Yaya Jammeh, and to appoint a notorious enabler in the person of Ousman Sowe to head this institution. NIA is directly under the Office of the President. Section 5 of the NIA Decree states that the Director General reports directly to the President. Section 6 gives power to the President to determine appointments to the NIA. Hence anything that happens within the NIA and by the Director General is the full responsibility of the President. Therefore, if anything happens to me and the 19 other persons in that hit list, none is responsible but Adama Barrow.

The National Intelligence Agency is mandated, under Section 3 of the NIA Decree, to protect the security of the state by combating such crimes and threats as espionage, terrorism, sabotage, overthrow of the Government or serious economic crimes. Neither Madi Jobarteh nor Nyang Njie or Fatu Camara or MC Cham Jnr or Lamin Cham or Pa Modou Bojang or Salieu Taal and the rest of the targets are individuals who seek to overthrow the Government or endanger the security of the State. All of the 20 people mentioned in that hit list are politicians, journalists, business people, lawyers and democracy activists. These are people who have the right and duty to hold the Gambia Government accountable. These rights and duties are guaranteed by the 1997 Constitution.

Hence for the NIA to focus on these individuals with the intention to silence them by criminal means is a clear indication of abuse of power by Ousman Sowe and the NIA. The fact that Pres. Adama Barrow has failed to hold Ousman Sowe accountable for such criminal enterprise indicates that the President is condoning abuse of power, destruction of the rights of citizens and blatant violation of the Constitution which are impeachable offences as per Section 67 of the Constitution.

By this article I am hereby informing the Attorney General and the Minister of Justice Dawda A. Jallow to advise the President to urgently take corrective measures against the NIA Director General for this malpractice. I am hereby putting the National Assembly on notice of this blatant and direct assault on the sovereignty of citizens by the NIA. I am hereby informing the general public of this blatant abuse by the Government of the Gambia and to demand the immediate dismissal and prosecution of Ousman Sowe for abuse of office.

Above all, I am putting it to Pres. Adama Barrow and Ousman Sowe that I am a sovereign citizen who has rights and duties guaranteed to me by the Constitution of the Gambia 1997 to hold them accountable. I am more than resolved today than ever to perform those duties in the exercise of my rights and in defense of the Republic. For that matter, I hold Pres. Adama Barrow and Ousman Sowe wholly responsible for any harm that befalls me or any of the persons named in that hit list.

For he Gambia Our Homeland