“Our Colour is Orange, Representing Vitamin C, Because the Country is sick” Professor Momodou Bah 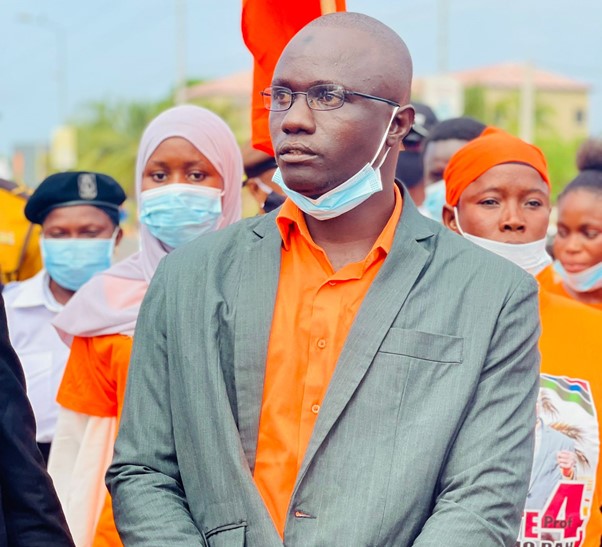 Aspiring independent candidate for the forthcoming presidential election, Professor Momodou Bah of the African Federalism and Republican Orientation (AFRO) movement; has said that his party chose the colour orange, which represents Vitamin C, because the country is sick.

Professor Momodou Bah was speaking immediately after submitting his nomination to the Independent Electoral Commission (IEC).

“I have sent all the documents that I have been asked for, what is going to happen depends on them [the IEC] .The people are sick and hungry, so we need to put more money into the economy for the business sector,” Prof Bah said.

He expressed optimism that he has already won the elections and he will be the 4th President of the Gambia.

“I have done a lot for this country and it is written in a book called the eyewitness,” the 37-year-old Prof noted.

Bah, who has a double Master’s degree in African and Post- Colonial Studies said as president his government will relocate the country’s capital city to the central party of the country, specifically between Farafenni and Soma towns to reduce traffic jam in the Greater Banjul Area (GBA) whilst connecting  the new capital city to Dakar, Casamance and Mali.