Opinion: The Strange Case Of Imam Fatty And An Audio Gone Viral 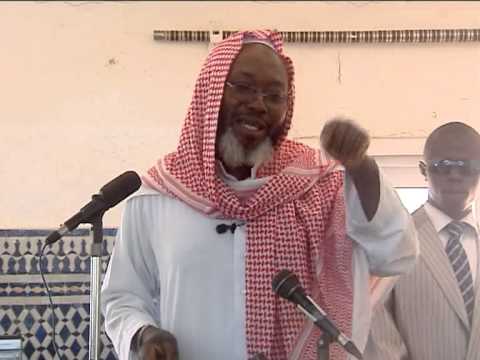 The internet almost came down, with the release of an audio by Imam Fatty, speaking openly on matters of the bedroom. The Imam was explicit in his commentary and left nothing to the imagination. Speaking in Mandinka, he advised a girl who came to her for advice, on how to keep her man.

Fatty exhorted her to go to the ‘Laobes’ and “help herself with what they sell, waist beads, frankincense” and went on to name the different kinds of scents available, “Nemali, nieffala tedda.” He advised her, in the audio, to be active, before and during, and to be like “a film in the house.”

This did not go down well with some people, thus the furor online. They believe it’s not an Imam’s domain to speak on matters of the bedroom and to be explicit about it. This is however, not the correct stance according to scholars.

Islam is a complete way of life. As such, it has guidelines for all things man may involve in, and this does not exclude conjugal relations between couples, drawing the line that this is permissible only in a marriage relation. The Prophet Muhammad, peace be upon him, weighed in on this topic himself.

Whereas the Imam’s was a directive to women, the Prophet, peace be upon him kept the company of men and it was to them, mainly, that he spoke to on such matters. He asked them to not be finished until their women are! If only men would heed that advice. He also asked them to not approach their wives as cocks and hens do, but should engage in foreplay and say sweet words prior to the act.

A host of Islamic scholars over the years have advised followers on this important component of marriage. Imam Fatty was only following in a long line of scholars. Wa Salaam.