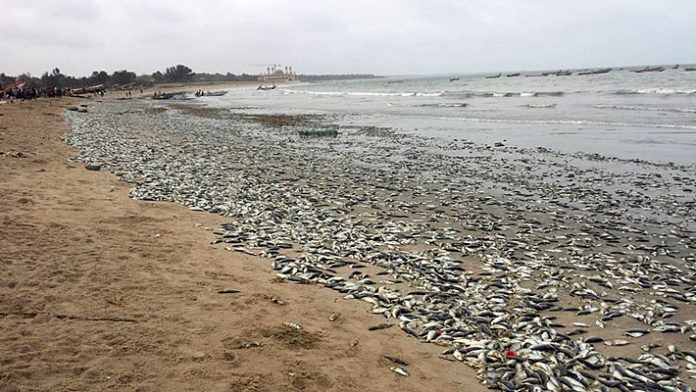 As the clash between Golden Lead, the Chinese company producing fish meals in Gunjur and the environmental activists increase, it’s becoming clearer why the saga has no end in sight. The Chinese it seem, have learned a thing or two from our mutual colonial predecessors, the tried, tested and proven method of Divide and rule.

Divide and rule, according to Wikipedia, is “the gaining and maintaining of power by breaking up larger concentrations of power into pieces that individually have less power than the one implementing the strategy.” In other words, divide and rule simply means creating differences in people’s hearts and minds, turning them against each other in order to gain more power.

This method of having political superiority was used during colonial times by the British in India. The British encouraged racial and religious division in India. In The Gambia, one could say that the Chinese are using the same divide and rule method and strategy to acquire supremacy over the Gambian people. The Chinese owned and managed factory in Gunjur has, in no time, succeeded in raising issues between the Gambian government and her citizens, as well as between natives of Gunjur.

There is quite a number of Gunjur natives in employment of sorts, with the factory. That group of people, who are also natives, are not sympathetic to the concerns of the activists who are campaigning for the closure of the factory. No less a person, but the MP of the region himself has been on record labeling the activists as “enemies of development.

In this recently ended annual Gamo, village elders were seen with the Chinese, accepting donations of a bull and food items. Some people have gone as far as to say the Gamo was sponsored by the Chinese. Meanwhile, the recent arrest of the Gunjur six has broadened the battle lines for the activists. The danger in this for the environmentalists is the fight which should have been against the Chinese has therefore been redirected to the government, buying them time to continue with the daily operations in the factory and getting away with it.

What is escaping most observers however is that this is a litmus test for not only Golden Lead, but the China government, to test their influence and resilience. If Golden Lead is shut, it would be seen as a failure of the Central command. Beware, they’ll pull as much strings as they can, to ensure the continuous operation of the factory. Take note, Gambia.