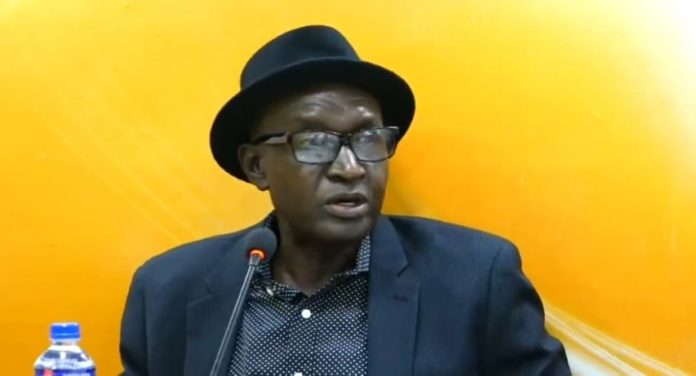 I want to first make certain assertions before delivering my special message to you; that  I am not writing to you out of defiance or any form of hostility but rather from a habitual tendency to always register my concerns in the form of writing. In this instance however I found it imperative to draw your attention to what is manifested as your conclusive stance, consciously or unconsciously, over the TRRC report and recommendations shared publicly on Friday, December 24, 2021.

As the Gambia Justice Minister, I had expected you to offer President Adama Barrow  a better advice about the premature publication of the TRRC report and recommendations with such raw allegations after knowing what we now know about the composition of its conflicted personalities and flawed procedures that I think should have prevented you from acting too mechanical in implementing rules repeatedly violated.

Don’t you think that this seeming rigid TRRC rule or regulation that mandates the government to make their report and recommendations public within the month of their submission to the president was as good as the one that disallowed them from investigating the 1996 Farafenni attack,1997, Kartong, attack, and few other incidents?

The “political” Lead Counsel Essa Mbye Faal in an attempt to explain why the incident of the six soldiers who were murdered in cold blood by Charles Taylor’s mercenaries-Mbalo Kanteh & Co-during the 1996 Farafenni attack was not part of the TRRC investigation stated that the attack was never part of the TRRC mandate. If by that constraint, the TRRC couldn’t investigate the Kartong attack and the December 30, 2014 one plus few others, what then changed for them to haphazardly include the Farafenni attack? Yes, it was haphazard in the sense that the main witness Mbalo Kanteh was not only given a platform to lie about me but even in the antithetical attestation of his counterpart witness Omar Joof Dampha who underscored the excellent treatment they had enjoyed from my humanitarian intervention at the NIA the TRRC still indefensibly disregarded that over Kanteh’s lies.

Besides, why did the TRRC take the extra commitment of providing transportation, lodging and other facilities for witnesses flown all the way from England to testify but refused to allow me the same opportunity to at least defend myself at no cost? The government Spokesman Ebrima Sankareh was my witness when I called them to appear and had the rude response from Dr. Baba Galleh Jallow, the Administrative Secretary that my “testimony was not relevant to their investigation”. I guess by then the Farafenni attack was still considered beyond their jurisdiction.

You see Honorable Minister, even with the violation of that restriction over the Farafenni attack which I believe was purposely done to incriminate me, I have the National Security Adviser Colonel Momodou Badjie as my principal witness to prove that Mbalo Kanteh had lied about how and why I tortured him in 1996. I also have additional evidence to show that I was not even in the country the day Farafenni Barracks was attacked. Mbalo Kanteh had indeed claimed that I was among those who tortured him that day when he “denied his involvement” in the attack until Yaya Drammeh later identified him upon his arrest the same day. That was practically impossible.

For those who may not know Mbalo Kanteh had that early morning of the attack suffered a serious friendly-gunshot injury on his thigh that immediately disabled him and made him the first to be captured. He therefore couldn’t have hidden his identity as he had falsely claimed. The guy was a killer and a compulsive liar.

In 2000, I wrote a detailed story about the Farafenni attack still accessible in the archives of the Gambia-L where among other issues I listed the names of the attackers as Ablie Sonko, Omar (John) Dampha, Essa Baldeh, Sulayman Sarr, Mbalo Kanteh, Yaya Drammeh and Famara Gibba who collectively murdered Corporal Sidibeh, Private Saidy, Staff Sgt. Jatta and three other soldiers. Sulayman Sarr was and is still in the Gambia but was never invited to testify as one of those “victims”.

And like I said above, habit has always compelled me to document my concerns for posterity just like in this particular incident. I am however not saying that you are one of the worst Justice Ministers to ever occupy that seat in the Gambia by not advising the president properly over the TRRC and its negative implications but not withstanding, I reserve the right to judge you unfavorably.

You sound like the allegations gathered at the TRRC that was not a competent court of law were sufficient and reasonable enough to publicly indict me. Listening to your interview with the BBC Focus on Africa soon after your contentious press conference you suggested that in order to avoid prosecution those of us accused of committing crimes should appeal to the TRRC for amnesty within two weeks which ostensibly amounts to admitting guilt and your endorsement of the raw recommendations.

Your message of an imminent government “white Paper” to validate the TRRC report therefore enunciates a hollow rhetoric.

I believe in the absence of all paradox that the TRRC report was supposed to help government after its necessary scrutiny to identify the actual victims entitled to compensation; but it is my understanding that the process of paying them had already started with Mbalo Kanteh a villain well compensated for nothing.

By the way, didn’t you see the need to thoroughly scrutinize the TRRC report before coming out public with its findings after realizing how Essa Mbye Faal had hoodwinked the government into appointing him as an apolitical lead counsel during his subsequent political activities and confessions? Essa had on the day of launching his political party to run for president confessed his political loyalty to the UDP for many years and his presidential ambition.

But Honorable Minister, I am concerned because neither you nor the TRRC ever gave me an opportunity to defend myself before accusing me in this flawed report and uncorroborated allegations. The report indicated that I tortured Mbalo Kanteh and played a part in the death of Yaya Drammeh. How was my involvement in the death of Yaya Drammeh and which witness had said so? Why was the name of the Director General of the NIA at the time, the late Samba Bah and Abdoulie Kujabi his most active henchman left out among the “torture culprits” in the Farafenni incident? A thorough investigation over the attack aimed at knowing the whole truth and not for merely incriminating Samsudeen Sarr would have yielded far better results than this.

I certainly don’t expect much difference in the so-called “White Paper” from what is already contained in the hastily distributed TRRC report and recommendations as long as you remain the Attorney General and Minister of Justice and the key adviser to the president on this case.

The government on your watch has unfairly smeared my name and character on a report that should have been satisfactorily studied before shared publicly. And I will not remain quiet about it even if my life depends on it.

You see Honorable Minister, in a “White Paper” where these allegations are eventually proven false and untenable the national and international stigma of my culpability will remain hard to defend or erase.

I will therefore seek legal advice over this gross characterization of who I am and what I represent and its ramifications.

On a final note, I will send you a copy of this open letter and the attachment of the story I published about the Farafenni attack at the Gambia-L in 2000.

If the TRRC couldn’t let me explain my side of the story and the government for that matter, trust me, I will never apologize or seek amnesty from anyone for a crime I never committed.

Gambia For All Eid statement