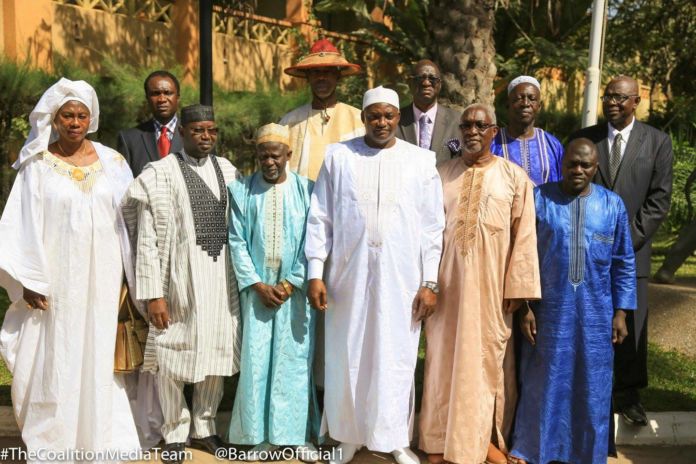 Madi Jobarteh on Friday bashed coalition top figures as he reacted to President Adama Barrow’s decision to form his own political party.

The IEC on 31 December 2019 registered President Barrow’s National Peoples Party, bringing to an end months of speculation as well as the existence of a coalition government.

Outspoken commentator Madi Jobarteh has shared his view on the move saying what the creation of the NPP demonstrates is the ‘disgraceful’ failure of leadership of the parties and their leaders who created the Coalition.

“Political parties are primary governance structures whose mandate is to hold the Government and each other accountable. Hence the political parties must not stay as bystanders or flip-flopping on issues that carry the destiny of the country. Unfortunately, this is what the Coalition parties did exactly,” Mr Jobarteh said.

He then added: “For example, just as Adama Barrow reneged on his own word we saw how UDPs’ Ousainou Darboe and his entire party also flip-flopped on the Agreement by standing with Barrow for five years until they fell out. It was utterly wrong for Mr. Darboe to dismiss that Agreement on the basis that it was not signed when in fact he knows that it was on the basis of that Coalition Agreement that Adama Barrow campaigned and got elected. As the largest party in the Coalition as well as the biggest beneficiary of the regime change brought about by the Coalition UDP had both moral and political obligation to ensure that the Coalition Agreement stands to the letter!

“Similarly, we also saw how PPP’s OJ Jallow jumped back and forth between the three and five years’ agenda only for his entire party to finally side with Barrow in disregard of the Coalition Agreement. As a leading senior political figure who had earned the respect and admiration of many Gambians for his consistent and brave stance against tyranny, OJ should have remained as that voice of conscience to defend the Coalition Agreement and not to betray it. The rest of the Coalition members – GPDP, NRP and NCP – remained indifferent therefore betraying the Coalition Agreement just because they hold positions in the Government.

“Meantime GMC only came to reject Barrow because their party leader ‘left’ the Government. Until then they knew very well that Barrow has already betrayed the Agreement but never said anything. While PDOIS leaders spared no opportunity to eloquently explain the rationale and processes of the Coalition yet they also washed off their hands thus leaving Adama to decide as he wishes. For Mrs. Fatoumatta Tambajang and Dr. Isatou Touray, one wonders whether they ever knew if there exists something called ‘Conscience’?”