‘Omicron Vaccine to be Ready in March’- Pfizer CEO Announces 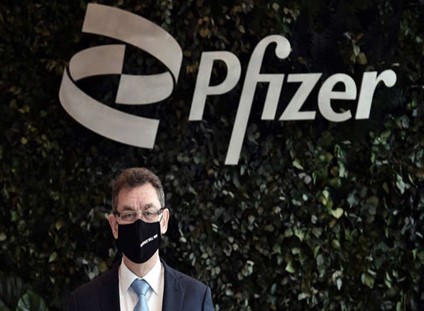 The chief executive of Pfizer has announced it could launch a vaccine targeted at the Omicron variant in March. Albert Bourla told CNBC the company is “already starting manufacturing some of these quantities at risk”.

He said Pfizer could be ready to file for US regulatory approval for a redesigned vaccine and launch it as soon as March.

Current vaccine effectiveness against symptomatic infection two to four weeks after a booster ranged from around 65 to 75% down to 55 to 70% five to nine weeks on, and down to between 40 and 50% from 10 or more weeks after the third dose, according to research from the UK Health Security Agency.

Covid vaccines could eventually be an annual shot for most people, Bourla said, adding that some high-risk groups might be eligible to receive shots more often than that.

The chief executive of Moderna, Stephane Bancel, told CNBC on Monday the company is soon starting clinical trials for a booster shot that targets Omicron.

Bancel has previously said that people may need to get a fourth vaccine dose against COVID this autumn as the efficacy of the booster jabs wanes.