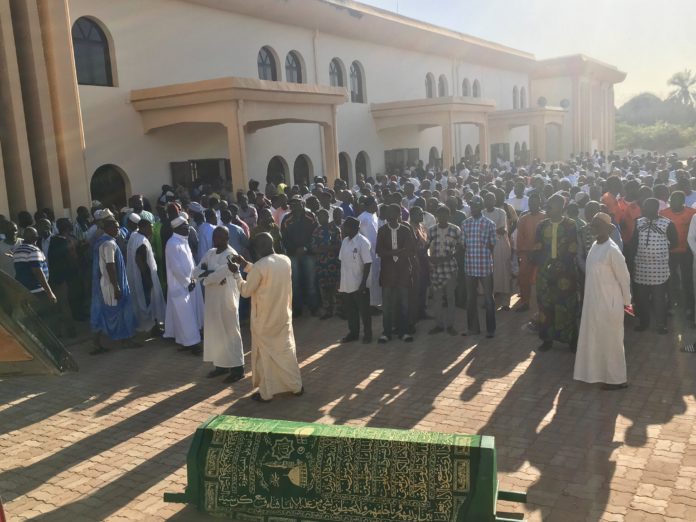 The news of his demise came as a shock to many who knew the old man. Omar Sey had served in both CAF and FIFA with distinction. He was adviser to the current executive of Football Federation until his demise. Mr. Sey had also served as Gambia’s Foreign Affairs minister during the PPP regime of former President Jawara. 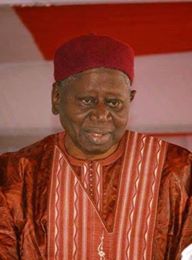 Hundreds including cabinet ministers, venerable religious leaders and football followers converged at the Pipeline Mosque along the busy Kairaba Avenue to pay their last respect to a man, who many said, have greatly contributed to the development of football and sports in the country.

The late Uncle Omar Sey was the President of the then GFA when The Gambia hosted and won the 2005 African U-17 Championship in Banjul. He was also the Vice Chairman of the Normalisation Committee that oversaw the transition from The Gambia Football Association to The Gambia Football Federation. He was an international FIFA Referee until his retirement when he took up an Executive position with the Confederation of African Football (CAF).

The late Sey was on the verge of becoming the President of CAF in the mid 1980s when Gambia’s first President Sir Dawda Kairaba Jawara pleaded with him to take up appointed as the country’s Foreign Affairs Minister, paving the way for Issa Hayatou to take over the mantle of leadership of the continental football body.

He remained Minister in the Jawara Government until 1994 but never stayed away from football until his death. He was Adviser to the GFF Executive Committee.

GFF President Lamin Kabba Bajo described Omar Sey as a father figure and mentor to him and many others in football administration. He credited Omar Sey for the many achievements in Gambian Football. On behalf of CAF President, Ahmad, Bajo extended CAF and FIFA condolences to the family of Omar Sey.

“Wherever I travel, the first person they ask about is Omar Sey. All they talk about him is his honesty and commitment.”

The GFF President said Omar Sey will continue to be remembered for his service to the nation. He prayed for him, describing him as a devoted Muslim.

MC Cham, a cousin to the late Omar Sey, described the demise of Sey as not only a lost to his family but the country at large. He said Omar Sey spent all his life serving humanity and prayed that his soul Rest In Peace.

Gambia and Africa best referee, Papa Gassama was also among the multitude at the burial. He credited former FIFA referee Omar Sey for his (Papa’s) success in refereeing. He reflected how the late Sey had encouraged and guided him through his journey.

Another Banjulian who had worked with Omar Sey is Mbye Chaw of Banjul. He also spoke highly of his former friend.

He calls him a “devoted Muslim”. “We will really missed him!” Omar Sey, born in 1941 in Basse was laid to rest on Friday evening at the Old Jeshwang Cemetery.