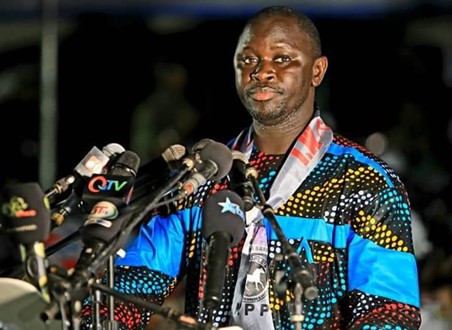 Barely one month after his falling out with the first family, National People Party’s (NPP) Ahmed Gitteh is back in the limelight this time decrying alleged favouritism in the party’s selection of candidates for the forthcoming National Assembly elections scheduled to take place on April 9, 2022.

One of the aspirants is a Lecturer at The Gambia College. Someone with a master’s degree in education and knows the ins and outs of everything related to it. Someone with over 25 years of experience. Yet, our NPP Chairman told him he doesn’t know him or ever heard of him when he approached him to show his intent to run for the seat. So just because you did not know him was enough for you to decide that this person could not contest the seat?” Ahmed Gitteh asked.

Gitteh said the selection of candidates in the NPP seems premeditated, accusing officials of the party in Kombo South of selecting people based on favouritism rather than competence.

“Another person we encouraged to contest for the seat is Mansur Sowe. This guy has vast experience in public health. He has received training in his domain from countries like China and Tanzania just to name a few. He has worked in public health for over 10 years. This guy too was met with the same response when he declared his intention to run under the party.”

Ahmed Gitteh further stated that the party must be ready to select people who will add value to Parliament and if that is not going to be the case, he will support Mansur Sowe who has since decided to run as an independent candidate following his rejection as an aspirant under NPP.

Gitteh also responded to the Gambian President and his party leader after claims that Barrow had told his supporters in a recent gathering that anyone who supports independent candidates is not NPP.

“I understand he made the statement in Basse during the opening of the new market. If that statement is true then Ahmad Gitteh is out of the National People’s Party because I will fully and wholeheartedly support Mansour Sowe, the INDEPENDENT CANDIDATE for Brikama South. Tell President Adama Barrow that Gitteh said you can please expel him from the party for supporting his choice of candidate.”