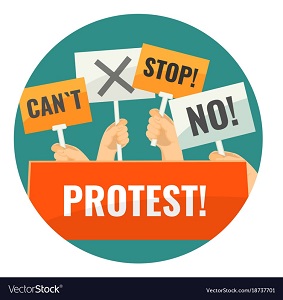 The Coalition for Progressive Gambians Chairman Seedy Cham and Secretary General Modou Jane have said that the government of The Gambia has only today, November 8, to accept the demands by the group, or they will proceed with their planned protest on Friday.

Speaking to The Fatu Network, the leadership of the group outlined that the government has to come out with a press release accepting to address their demands otherwise they will proceed with the protest.

“Today is the last day. They have to accept our short-term demands by releasing a statement to meet our demands on price control, the investigation into the 2017 audit report and justice for the AKI victims,” said Seedy Cham, chairman of the group.

According to the Secretary-General, Modou Jane, the group will be having a final meeting with the government including the mediators Supreme Islamic Council, Gambia Police Force, SIS and Peace Network in finding ways to have a solution to the problem.

The Fatu Network understands that The Coalition for Progressive Gambians have been engaged by the state on the 13th of October. Yesterday, they had a meeting with groups including Supreme Islamic Council.

According to them, the protest will only go ahead if the government fails to accept and release a statement addressing the hike in the price of commodities and investigate the 2017 audit report and the recent Acute Kidney Injury tragedy in the country.

The group, whose main purpose is to fight corruption in the country, said they will protest with or without a permit from the police or if the government fails to accept their short-term demands today.