NOVEMBER 11 COUP: Ex-Orderly Explains How a Group of 30 Men Including Him Armed themselves to the Teeth at State House and Left for Yundum Barracks Only to Find No Resistance there 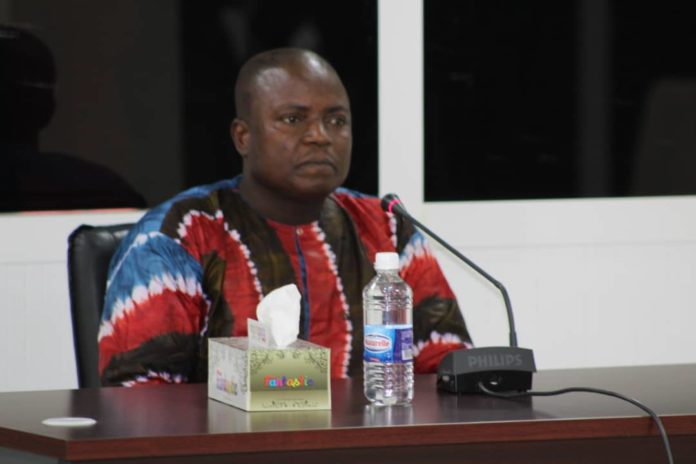 A formerly orderly to AFPRC junta leader Yankuba Touray has explained how a group of 30 men including him armed themselves to the teeth at State House on November 11, 1994 only to get to Yundum Barracks and find no resistance there.

Ensa Mendy who said he became an orderly to Yankuba Touray shortly after he was appointed as the Minister of Local Government and Lands testifying before the TRRC on Thursday said he was among a group of 30 men who stormed Yundum Barracks and seized control of it.

“They joined us and we boarded a vehicle to State House. It was five of us. I think it was around 9 pm. When we arrived at State House, we met some soldiers on parade and Yankuba Touray went up, to the chairman’s office. I can’t give a number but a sort of a platoon about 28 to 30. Almamo Manneh told us to go and join them. I think he was a staff sergearnt. At that parade, there was a container there. He opened the container and started issuing us with weapons, RPGs. These [weapons] were brand new. Some were issued with grenade belts.

“During the process of issuing these weapons, I was trying to question but Almamo told us to shut up and keep quiet. After issuing the weapons, that’s the time he started briefing us. He told us that there’s a military coup that is about to take place. He said according to intelligence work, these people are supposed to meet at Yundum Barracks at 2 am. So what we should do is to go there before [that time] and counter them.

“After the briefing we were there and then they came down then we boarded the vehicles. We stopped at Banjulinding. We met some soldiers there. I think Captain Singhatey Jnr… He joined us. They were discussing – the council members; Edward Singhatey, Yankuba Touray, Sadibou Hydara, Sanna Sabally and Peter Singhatey. We [then] departed towards Yundum Barracks.

“As we approached Yundum Barracks through the back gate where the wives of the [soldiers] stay, we went straight into the camp, we occupied all the guard posts. Soldiers [had] vacated their places. They ran away, left their weapons, their food. We didn’t meet any resistance there.”