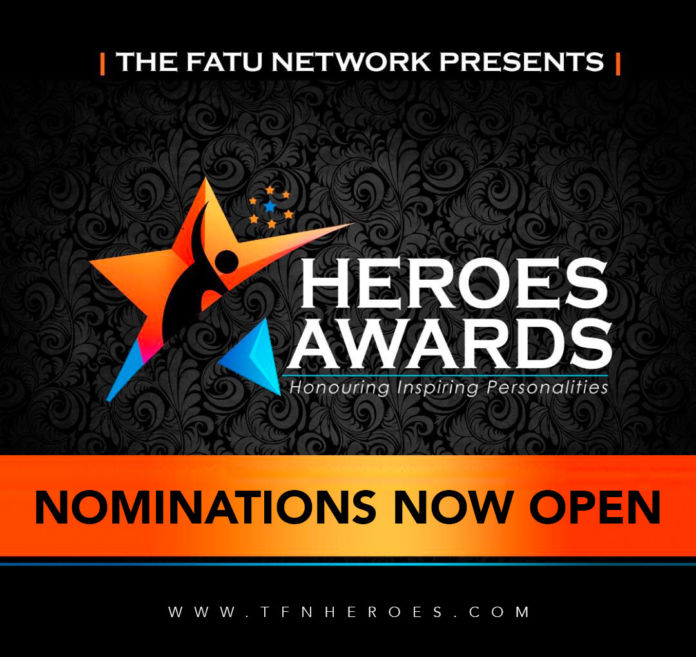 The Awards Committee of The Fatu Network Heroes Awards is pleased to announce that nominations are now open for the 11 categories. From Friday, 31 January to Friday, 14 February, 2020, the general public can nominate any qualified persons, groups or institutions for any of the categories below:

Nominations will be done via https://tfnheroes.com/

People can also drop off their nomination packages to TFN Office on Kairaba Avenue, opposite the American Embassy.

Once all nominations are received by the deadline, the Awards Committee will review all suggestions and narrow them down to a maximum of four candidates for each category. The winners will be unveiled at an awards night banquet to be held on 14 March, 2020 at the Coco Ocean Resort and Spa in Bijilo.

The TFN Heroes Awards is established by The Fatu Network, the leading online news provider in The Gambia. The Awards recognize and celebrate Gambians who have offered invaluable service to the country and to their communities.