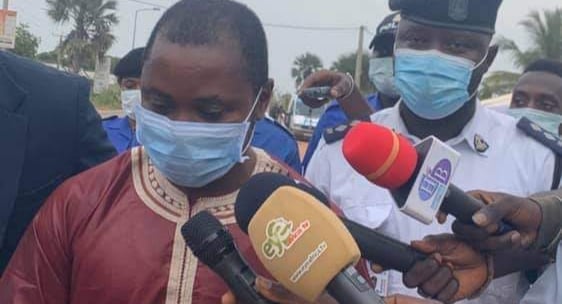 Mathew Gomez has pulled out of the presidential race after coming to Election House with empty hands.

Mr Gomez was the last person to appear before IEC officials but he only came with a letter to give to the officials.

He told officials he was withdrawing is candidature.

Mr Gomez who came alone to Election House refused to speak to reporters.

Share
Facebook
Twitter
WhatsApp
Linkedin
Viber
Previous articleMathew Gomez Withdraws His Presidential Nomination
Next articleLAMIN NJIE – OPINION: I feel sorry for Sheikh Tijan Hydara… He put his whole into this only to be relegated to the back