Nollywood Actor: ‘Gambians should stop promising to help if they can’t fulfil their promises’ 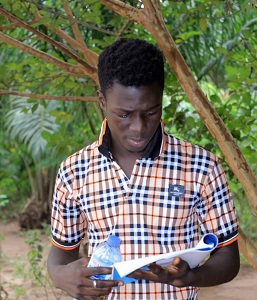 This he says could destroy people’s lives and careers. Speaking exclusively to The Fatu Network, the Nollywood actor said he nearly put himself in serious trouble that could have ended his career as a movie actor in Nigeria after he was given lavish promises by some Gambians.

“I nearly put myself into serious trouble and that would have been the end of my career.

“I was producing a movie titled ‘Living With Our Wicked Father’ so I needed financial support. One day, I was live streaming on TikTok and a lot of people were watching.

“One Gambian brother promised to support, and he failed the promise at the last minute. I was left shocked and hopeless,” recounted the young movie actor.

According to Darboe, a lot of Gambians promised to help him, but they all failed at the last moment.

However, Musa said while he was hopeless and heartbroken, a lady stood by him and give him the necessary support so that he will continue with his movie.

“It is not by force to help but it is not good to promise if you can’t fulfil it. You don’t know the condition of the person seeking help so don’t fail them.

“Some Gambians are attention seekers, and they can make any promise online because they know people are watching. But once you text them privately, it’s a different story,” he emphasized.

Musa claimed he knew a good lot of Gambians that are contributing money for rich Nigerian actors to celebrate their birthdays.

“I will not mention names, but I can tell you a lot of Gambians will contribute money for Nigerian actors to celebrate their birthdays.

Those actors will not even talk about them and all they will say is thank you. It doesn’t make any sense to contribute money for someone who is ten times richer than you,” he said.

However, the actor said he is not saying Gambians shouldn’t help other people but noted that help should be for the sake of Allah, and it should be given to those who need it.

“If you help your fellow Gambians who are struggling that will make more sense than helping someone who is already rich.