‘No and definitely no’: Mai Fatty warns GMC will not rely on any party for survival as he announces his candidacy 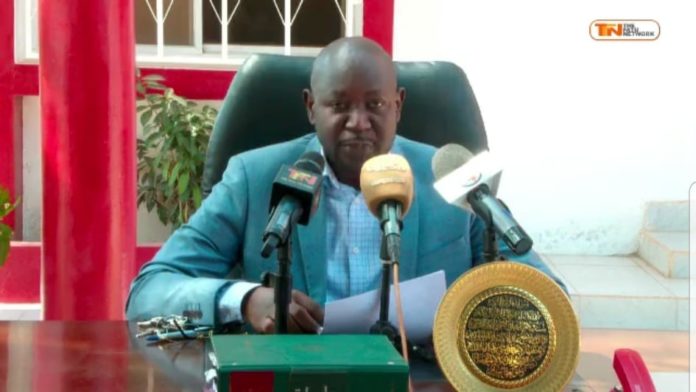 Gambia Moral Congress leader Mai Ahmad Fatty has emphatically stated his party is not created to rely on any political party for political relevance and survival – as he announced he will be standing in next month’s presidential election.

“We did not create GMC to rely on other political parties of their political leaders for our political relevance or survival. No. And definitely no,” Mr Fatty told reporters on Saturday afternoon at his residence in Kotu.

In announcing his candidacy, Mr Fatty said: “Today, having regard to the state of the country, and confident of our ability to fix the urgent challenges facing our country, I have great privilege and honour to declare I will stand as candidate for president of the Republic of The Gambia, as flagbearer of Gambia Moral Congress.”

If he contests, it will be the first time Gambia Moral Congress is fielding a candidate in a presidential election since its formation in 2009.

The announcement came just a few days after GMC won its court battle against the Independent Electoral Commission regarding the rejection of Mr Fatty’s nomination.

The presidential election is on December 4.