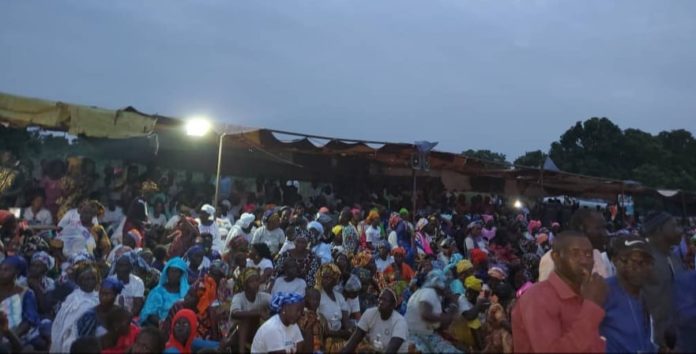 Former secretary general and head of the civil service Dr Njogu Bah has organised a big rally in Medina Serign Mass to ramp up support for President Adama Barrow ahead of the December election.

Dr Bah made his first public appearance for years in Sukuta earlier this month when President Barrow held a meeting there. He vowed to repay President Barrow’s development efforts North Bank region.

The Madina Serign Mass rally held on Thursday was attended by hundreds of citizens who all vowed to vote for President Barrow in December.