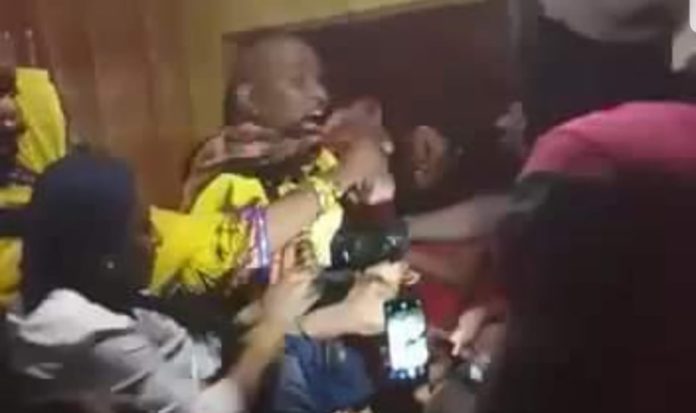 The Gambia Press Union has said it received official reports that freelance photojournalist Lamin Dumbuya was physically assaulted by supporters of the United Democratic Party (UDP) at the residence of the party leader Ousainou ANM Darboe in Pipeline.

The supporters who assaulted Dumbuya also confiscated and damaged a number of his equipment including two cameras, the GPU said in a statement on Wednesday.

The statement continued: “UDP supporters and sympathisers gathered at the residence of Mr Darboe to supposedly show their dissatisfaction with the result of the 4th December presidential election as announced by the Independent Electoral Commission.

“As a photojournalist, Dumbuya was at the scene to photo-document the incident.  In the process, he was compelled to take refuge inside the residence of Mr. Darboe after some officers of the Gambia Police Force fired teargas in an attempt to forcefully disperse the crowd.

“It was at this time of taking refuge that some UDP supporters claimed the photojournalist was a sympathiser of the National People’s Party thereby physically assaulting him.  His professional camera was also confiscated and damaged.

“The GPU condemns in the strongest terms the actions of UDP supporters responsible for the assault of Mr Dumbuya and the destruction of his camera.  These actions by the UDP supporters continue the unfortunate trend of assault on journalists by political party supporters.

“The GPU also condemns the use of teargas and other forms of violence to disperse the crowd by officers of the Gambia Police Force.  The teargas has led to the hospitalisation of two other journalists who had inhaled the toxic fumes.

“We would like to call on the Gambia Police Force to cease from the use of undue force in the performance of its duties, and exercise restraint in dispersing crowds,” GPU President Muhammed S. Bah said.

“The GPU would also like to call on the leadership of the UDP to facilitate the return of Mr. Dumbuya’s confiscated equipment and to encourage its supporters to refrain from assaulting journalists in the line of duty.”

“The GPU is committed, ready and willing to continue engaging state authorities and political party leaders with a view to promoting an enabling environment for press freedom, especially with regards to the safety of journalists.”