Neneh Gomez: Government accuses Global HOMM rep of public deception as it explains its side of the story 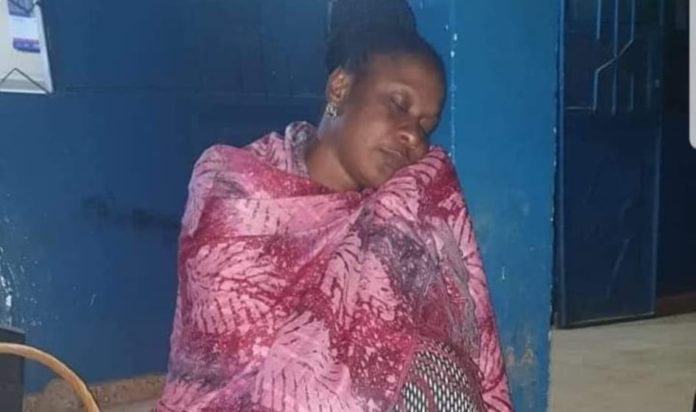 The Ministry of Justice on Monday issued a long and strong statement pushing back at claims by Global HOMM that the organization owns a property in Bijilo that has been a subject of much row.

Police over the weekend arrested Global HOMM country representative Neneh Gomez and her assistant for trying to enter into the property. It was the second time they were arresting in respect of the property.

However, the justice ministry has issued a statement and it reads: “The uproar that followed the arrest of Ms Neneh Freda Gomez on suspicion of obstruction and idle and disorderly conduct has necessitated the release of this statement. As stated in our previous statement, the lack of an elaborate response by this office has been as a result of the pendency of this matter before the Courts. This silence on our part has led to the propagation of blatant falsehoods in an attempt to influence public opinion. The facts of this matter are as follows:

“In 2007 a Korean-American Christian medical missionary organisation known as Global Hearts of Medical Mission made an elaborate presentation to former President Jammeh on the establishment of a state of the art medical facility to deliver free medical services to underprivileged members of the public. Following this presentation, without following due process and contrary to law, former President Jammeh gave an executive directive for a lease to be issued to the said organisation within the Tourism Development Area (TDA), an area reserved for tourism-related facilities. Furthermore, former President Jammeh gave an executive directive for the organisation to be promptly issued with an NGO certificate even though the law requires operation for two years before the issuance of an NGO certificate.

“In 2007 Global Hearts of Medical Mission set up its operations at the property in question and provided medical services to the public until they were expelled by former President Jammeh in 2010, on allegations of their failure to provide free medical services as promised. Following this, the former President illegally converted the property into a base for the “Green Boys”.

“Upon assumption of office in 2017, the Government dispatched a high-level delegation which included 2 Cabinet Ministers and the Director of Health to meet with the head of the Global Hearts of Medical Mission in the United States and invite them to return to The Gambia to continue their work of providing charitable medical services as per their initial proposal. The Government however informed the organisation that the land previously allocated to them was not properly allocated as it was within the area reserved for tourism development facilities. The Government, therefore, informed them that they will be allocated another parcel of land in an area suitable for the establishment of a charitable hospital for the provision of free medical services for the less privileged.

“Global Hearts of Medical Mission denied all attempts by the Government to allocate them with an alternative piece of land and insisted on keeping the mostly vacant parcel of land measuring 9 hectares within the TDA. At the time, the Government was in the early stages of planning for the hosting of the upcoming OIC summit and required land to build executive lodging facilities for the Heads of State and Government who will be participating in the said summit.

“The area in question was deemed to be the most suitable land for the development and importantly it was consistent with its lawful status as TDA land.

“According to law, all state land is vested with the Government for management in the public interest. Accordingly, all leaseholders are tenants of the state who may not be dispossessed of the land unless due process is followed. The Land Acquisition Act permits the state to compulsorily acquire any state land from a leaseholder as far as such land is acquired for a public purpose and the leaseholder is compensated.

“Following the Magistrate Court judgement which for purposes of clarity was not on the merits but rather as a result of a technical concession by the State, the Department of Lands initiated the process of compulsory acquisition on the 20th of March 2020. In line with the law, the Government still maintained its desire to adequately compensate the claimants but the claimants rebuffed all approaches from the Government.

“Following this, Home of Medical Mission made another application before the High Court on the 26th of May 2020 challenging the compulsory acquisition of the property, based on a gazetting step that was inadvertently skipped by the state in the course of the acquisition process. In this matter, the court made it very clear that a declaration of title was no bar to the state initiating and completing the acquisition process in line with the Land Acquisition Act. The State again made a technical concession with the intention of properly complying with the process laid out in the Lands Acquisition Act, contained in judgement of 29th June 2020.

“This discovery revealed that the Claimants intentionally misled the Courts and the Government by bringing a suit on behalf of an organisation that does not exist, and cannot sue or hold title to land. The Government requested the Claimants to provide evidence of their existence as a legal entity but until now they have been unable to do so. It is important to state again that it was the current Government that invited the claimants back to The Gambia after their faith believing Home of Medical Mission was a legal entity. The law is very clear on this, a non-legal entity cannot own land. Similarly, a non-existing entity cannot sue or be sued as no judgement can be enforced against or in its favour.

“At the time, the claimants had an application before the High Court for an order of mandamus to compel the IGP to vacate the land in question. In light of the discovery, the State made an application to dismiss the application on the grounds that the Plaintiff does not exist. There is no existing law or scenario that will permit a non-existing entity to initiate and maintain a lawsuit. On the day the matter was set for hearing, fearing a ruling on their non-existence, the Claimants surprisingly withdrew their claim.

“Following the Claimants surprise withdrawal of their application, the state applied to set aside the High Court’s judgement dated 29th June 2020 on the grounds that the judgement was fraudulently obtained and the Claimants do not exist. This application is scheduled to be heard on the 2nd of December 2021 and we are confident that this will lay bare the deception that has been perpetrated by the claimants. This follows a trend of individuals applying for land allocations under the guise of implementing public interest projects and then turning around to utilise these lands for profit-making ventures.

“As things stand there is no entity in existence by the name of Home of Medical Mission. Ms Gomez cannot, therefore, be said to represent an organization that does not exist. Similarly, the land in question has never been held by Global Hearts of Medical Mission, which Ms Gomez purports to represent. As such all previous judgements are unenforceable as there is no beneficiary in existence.

“It is interesting to note that the original proposal made by Global Hearts of Medical Mission to former President Jammeh was for a charity hospital. The constant persistence by Ms Gomez to try to bend the law and mislead the public is non-surprising given credible reports that Ms Gomez is in discussions with several investors to develop a private for-profit hospital and hotel on the land which is valued at millions of dollars. This is immoral, deceptive, and constitutes an attempt at unjust enrichment by Ms Gomez and her associates at the expense of the Gambian public.

“The Government through the OIC issued a public call for proposals and following a transparent process has entered into a joint venture to build and operate a 5-star resort that will host the Heads of State during the OIC summit.

“This development which will be rightfully situated in the TDA will create thousands of jobs in the tourism sector and will form a key part of the Government’s plans to make the Gambia a high-value year-round tourist destination.

“Despite everything, the Government is and has always been willing to work with Global Hearts of Medical Mission to lawfully allocate them with a sufficient expanse of land in an area suitable for the setting up of a charitable hospital as far as they comply with their original proposal to build a charitable health facility.

“Ms Gomez has for months now embarked on a campaign of public deception and has intentionally provoked law enforcement to elicit a reaction which she could utilise in furthering this deception. We have full trust in our law enforcement and judicial institutions and a ruling by the court on a previous arrest is in no way a bar to the police doing their job on a subsequent suspected offence. The Police have been deployed to provide security at the property which has since been allocated by the state to a Public Private Partnership company, for the purpose of constructing the OIC 5-star resort.

“It is undisputed that Global Hearts of Medical Mission, which Ms Gomez purports to represent, does not and has never held title to the land in question.

“We challenge Ms Gomez to produce any evidence to the contrary. We are resolute in our position and are confident that after the hearing on the 2nd of December this matter will be resolved once and for all.

“We wish to assure the general public of our commitment to Human Rights and the Rule of Law. We have confidence in our judicial system and to date have not disregarded any of the Court’s orders. We believe the Judiciary is adequately placed to deal with all issues at stake in this matter and the Complainants ought to know that disputes are not resolved through Social Media.

“All statements characterising her arrest on Friday 19th November 2021 as arbitrary are premature, bias and made without due recourse to the state’s position on this matter. We urge members of the public, institutions and civil society to refrain from making conclusive statements on these events without proper consultations or verification.”