Nearly one BILLION people are in lockdown across the globe as WHO warn young: ‘You are not invincible’ 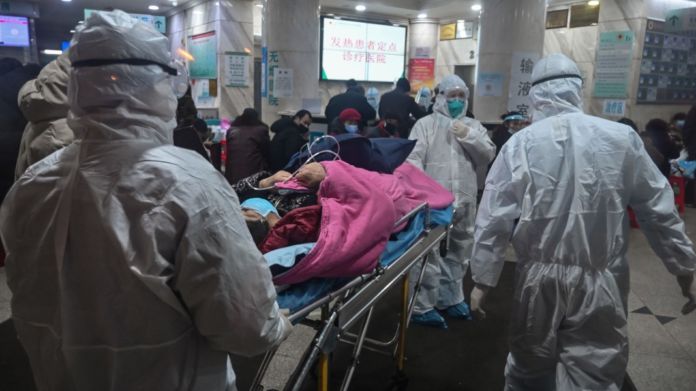 Close to one billion people worldwide were confined to their homes on Saturday as the global coronavirus death toll shot past 11,000 and US states rolled out lockdown measures already imposed across swathes of Europe.

The pandemic has completely upended lives across the planet, restricting movement, shutting schools and forcing millions to work from home.

While President Donald Trump insisted the United States was ‘winning’ the war against the virus, individual states dramatically ramped up restrictions, with New York and Illinois joining California in ordering residents to stay home.

The virus death toll surged past 11,000 worldwide, with 4,000 alone in worst-hit Italy where the daily number of fatalities has shot up relentlessly over the past week.

An estimated 900 million people are now confined to their homes in 35 countries around the world – including 600 million hemmed in by obligatory government lockdown orders – according to an AFP tally.

While the elderly and those with pre-existing medical conditions are the hardest hit by the virus, the World Health Organization warned that young people were also vulnerable.

‘Today I have a message for young people: you are not invincible. This virus could put you in hospital for weeks – or even kill you,’ WHO chief Tedros Adhanom Ghebreyesus said.

‘Even if you don’t get sick, the choices you make about where you go could be the difference between life and death for someone else.’ (DailyMail)