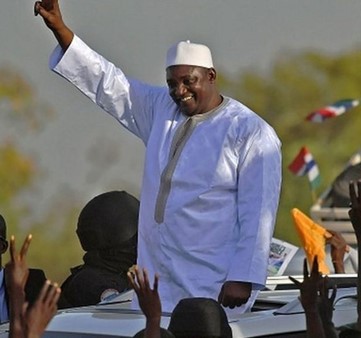 The National People’s Party (NPP) has informed the general public that His Excellency President Adama Barrow, Secretary-General and Party Leader of the NPP will grace the Party’s National Victory Celebrations in Basse, Upper River Region on Saturday 8th January 2022.

This is in line with an agreement in the run-up to the campaign and election that a national celebration will be hosted by the region that comes out first in the December 4th presidential election and that the President will attend the celebration.
In this regard, the Upper River Region took first and earned the hosting right of this great event.

“On behalf of His Excellency President Adama Barrow, the National Executive Members of the NPP, all partner parties and Independents of our grand Alliance I wish to congratulate URR for coming out on top and profoundly express the President’s gratitude to all Gambians for the unprecedented show of love and confidence in him by re-electing him with an absolute majority,” the NPP statement said.

It adds that, “President Adama Barrow wishes to seize this opportunity to assure all Gambians that he will be a president for all Gambians and will continue to serve the best interest of the country while renewing his gratefulness to a grateful nation and her people credited for the unprecedented development strides of his government over the last five years.”

His Excellency President Adama Barrow is expected to be joined by leaders of allied parties and Independents.