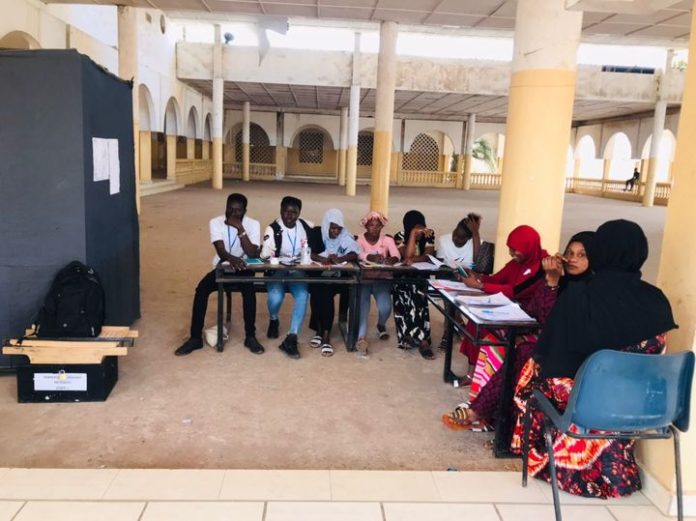 There is visibly a low turnout of voters in the 2022 National Assembly Elections here in The Gambia. This state of affairs was predicted by experts.

They (the experts) suggested that a low turnout of voters on Saturday (today) will be due to a sense of apathy and distrust for politicians by the Gambian people.

The people the experts say are already focused on finding a way to survive during these trying times.

Adama Gaye is a political analyst who has a vast knowledge about political systems in West Africa, he is also a former director of information of ECOWAS. He believes that the economy is going to be Barrow’s “main challenger” in the legislative elections.

“These shocks from outside have not been helpful to Barrow,” said Gaye. “Since he has been re-elected, the economy has been worsening so the population may blame it on him.”

The Gambia is among the world’s 15 least-developed countries in the world, according to the United Nations.

Tourism, which is the backbone of the country’s economy, was squashed by the coronavirus pandemic, putting at risk the nearly 140,000 people involved in the sector. To further exacerbate the situation, Russia’s invasion of Ukraine triggered a hike in fuel and food prices across West Africa, including The Gambia.

Gaye added that issues related to sovereignty could haunt the president and deliver more votes to opposition candidates.

“Some Gambians feel the need to re-assert their country’s sovereignty over Senegalese and hence give a signal to Mr Barrow, making him understand that either he distances himself from Senegal or they will challenge him at the elections,” he said.

The reference is to the ongoing hostilities between Senegal’s breakaway region of Casamance pushing people to cross over and seek refuge in The Gambia.