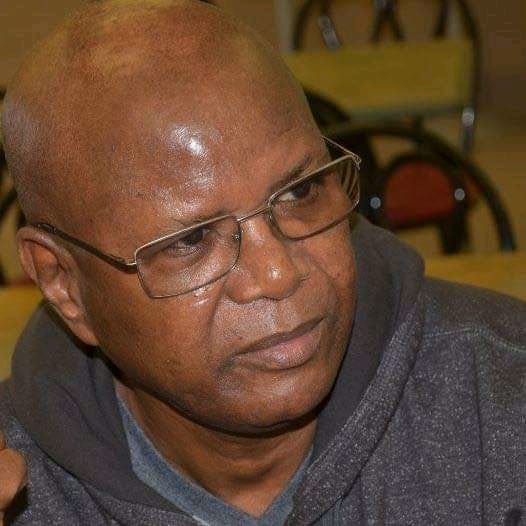 Gambians have spoken through their ballots by electing those they want to represent them in the National Assembly for the next five years. It had been an election full of anticipations as well as surprises.

In view of President Adama Barrow’s landslide victory in the last presidential elections, most members and supporters of his National People’s Party (NPP) and indeed many other Gambians had anticipated that they were going to sweep clean the legislative elections and dominate the next National Assembly.

However, even though they managed to scrape a slight majority President Barrow and his supporters are no doubt quite disappointed with the results. One would therefore wonder what had become of their acclaimed strategists who helped them win the presidential elections barely three months ago. There is no doubt that the NPP hierarchy would meet to analyze the results and find out what went wrong.

Among the numerous surprises is the fact that this is the first time in the history of the Gambia that a ruling party has not won a single seat in the Greater Banjul Area and virtually annihilated the populous West Coast Region as well. The party has been consigned to be a ‘Bolongkono’ party.

It is quite unprecedented that President Barrow lost even in the very constituency that he cast his vote, which is Banjul Central, and that is quite symbolic. One would therefore wonder how the NPP lost all the seats in Banjul, despite all the noise and capital they were making out of the Banjul rehabilitation project.

We will now eagerly wait to hear what explanation those who gave President Barrow the solemn promise that the people of Banjul were grateful for what he had done for them and that they would accompany him all the way, would give for their dismal performance in Banjul. It is a similar situation with his vocal militants in the West Coast Region who had promised to deliver the whole region to the NPP while ending up with a single seat out of the 12 constituencies of the region.

While the jury is still out as to why the NPP performed far less than expected, the overwhelming evidence is that many Gambians are disappointed with the performance of the Barrow administration, especially in the face of the daily price hikes of basic commodities and the mounting corruption perception, and the apparent failure of the government to be seen to do much about it. Just as President Barrow himself is often quoted saying; “You can say you own your party but the people own themselves”.

Therefore, the people have clearly demonstrated that they own themselves and make their own decisions as to whom to support.

Another possible reason why the NPP performed poorly is the selection criteria for their candidates. It is alleged by some NPP supporters that instead of following the dictates of their constituency committees, most of the candidates were imposed on them by the top echelons of the party. That eventually led to some aspirants rebelling and contesting as independents, thus causing some confusion within the party’s ranks.

Among the many surprises of the results of the elections is no doubt the failure of two veterans of the People’s Democratic Organisation for Independence and Socialism (PDOIS); Sidia Jatta and Ousman Sillah, to get re-elected.

The most shocking of them was no doubt the defeat of Ousman Sillah in Banjul North, who everyone had thought would be re-elected with a landslide, and he ended up being defeated by a virtually unknown quantity.

Therefore, just like the NPP, PDOIS also need to sit down and do some soul searching as to what may have gone wrong with their strategies. However, while five other new parties; the Gambia Moral Congress (GMC), Citizens Alliance (CA), Gambia For All (GFA), All People’s Party (APP) and National Unity Party (NUP) contested and failed to win a single seat, two parties that seem to have suffered the most humiliation are the People’s Progressive Party (PPP) and the Gambia Democratic Congress (GDC).

They have not only failed to win any seat, but they also failed to defend the seats that they held before the elections. Another group that has been humiliated is no doubt the APRC (Fabakary Tombong Jatta faction) who lost all their five seats in the Fonis to their bitter rivals, the ‘No to Alliance Movement,’ who they had always branded as an insignificant group of rebels who had no effect on the APRC power base.

However, now that those ‘rebels’ have wrested the whole of Foni from the APRC, one would wonder how Fabakary Tombong and his group would continue to demand some political concessions from President Barrow when the results in Foni have shown that they have minimal control over the APRC general membership and as such, they have little to bring to the dining table. It is probably time for President Barrow to re-assess the weight of his numerous allies to see whether they add any value to the relationship between them and the NPP.

While the United Democratic Party (UDP) lost quite a lot of ground as they were not able to maintain all the seats that they won in 2017, under the circumstances, they seem to have a cause to be satisfied with the results, especially when they succeeded in not only warding off a strong NPP assault but even went on to defeat five of their former recalcitrant members who were among those who gave the UDP leadership a tough time.

Now that the National Assembly elections are over and no doubt President Barrow has a good idea about the weight of some of his allies, we now expect him to go ahead and form his new cabinet. There is now hardly any reason why he should continue to keep members of his interim cabinet in suspense, wondering whether or not they would be re-appointed in the new cabinet.

Another significant outcome of the elections was the fact that five of the most vocal opponents of the draft Constitution in the National Assembly; Fatoumata Jawara of Tallinding Kunjang, Saikouba Jarju of Busumbala, Saikou Marong of Latrikunda Sabiji, Baba Galleh Jallow of Sannementereng and Alhagie Jawara of Lower Baddibu, have all been defeated, apparently as a punishment for their part in voting out the draft Constitution that cost the Gambian taxpayers millions of Dalasis, without any remorse. We can all recall how they were seen dancing and jubilating after they voted to throw away the draft, to the chagrin of many Gambians.

We expect that before the swearing-in of the new members of the National Assembly, President Barrow would reveal the list of five nominated members that the 1997 Constitution empowers him to do. However, we have seen that in the past, the letter and spirit of that provision of the Constitution was not given the merit it deserved. Instead of nominating people to represent certain marginalised groups, which include the women, the youth, the disabled and also members of the Christian community, President Barrow instead has the tendency to use it to compensate his political allies.

For instance, the last legislature was the very first in the history of the Gambia which did not have a single member of the Christian community. While President Barrow had the opportunity to address that in his nominations in 2017 by nominating at least one Christian, he failed to do it.

There are even speculations that he may nominate some of those who failed to get elected during the elections, which would be tantamount to disrespecting the wishes of the Gambian electorate who rejected them at the polls.

This time around also, as there is not a single Christian among those elected, and unless he uses his prerogative to nominate at least one member of them, there will again be none. Therefore, rather than nominate NPP militants, we expect him to use the opportunity to pick those who deserve it most.