Naira Marley to Perform at Road to AFCON Fundraising 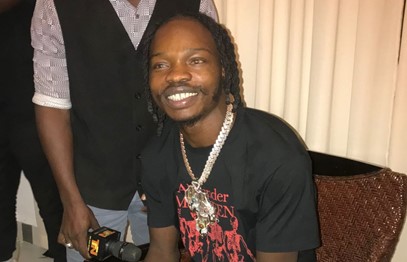 British-Nigerian singer and songwriter Azeez Adeshina Fashola born on 10th May 1991, known by the stage name Naira Marley and President of “Marlians” (fan club), will be performing live at the African Cup of Nations fundraising program at Independent Stadium in Gambia on Friday 7th January 2022.

Naira Marley began singing in 2014 after discovering his passion for music and was encouraged by close-knit friends to pursue his music career. He released the Max Twigz-assisted track “Marry Juana” before releasing his debut EP Gotta Dance in 2015.

He released several Albums from 2014 to 2021 including “MarryJuana”, “Issa Goal” a song which became the theme song for the super eagles at the 2018 FIFA World Cup.

“Am I A Yahoo Boy”, “Soapy”, “Lord Of Lamba”, “Coming” among other songs. Naira Marley sings in English, Yoruba and Pidgin, his music is a blend of Afrobeats and hip-hop. He derives his name from Jamaican Singer Bob Marley, whom he admires; his dreadlocks are also a tribute to the singer.

Naira Marley is among the most famous Nigerian Singers and his coming to The Gambia is expected to add value to the fundraising event. He expressed his profound gratitude for the warm welcome accorded him and his delegation.

“The crowd I received is huge and am overwhelmed,” Naira Marley said. The coming of Naira Marley in Gambia is facilitated by Lamin Jallow Gambian forward soccer player commonly known as beck.

His arrival at the Banjul International Airport was witnessed by hundreds of his fans who escorted him to the hotel.

“I am very happy to be in Gambia, it is like am at home. I love Gambia in heart,” Naira Marley said.

“I will perform well on Friday. I never knew that I have such support in Gambia. Music is part of my life and I use it to educate and entertain people,” Marley said.

On his part, Lamin Jallow said, “I organised the fundraising to help my team in the African Cup of Nations to be played in Cameroon. Since I came back to Gambia I realized that a lot needs to be done and this is how I came up with the idea to raise funds for the team.”

He thanked the sponsors and everyone who helped him bring Naira Marley to Gambia for the fundraising.

“I am calling on all Gambians to come out in their numbers to support. We cannot do it alone and we need people to come in and support,” he said.