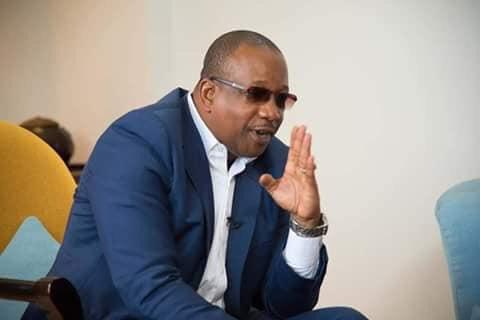 Mama Kandeh, Gambia Democratic Congress (GDC) standard flagbearer has said President Adama Barrow has the powers to immediately end the recent surge in crimes that have gripped the country and put citizens into terror while also saying that 90% of the information the President receives is very much likely to be fake.

The GDC party leader made these claims during a press conference on Wednesday 21st September 2022 at Boabab Hotel, while condemning the recent crime rates, among them, the gruesome murder cases in the country.

He said the President has the power to change the country’s current situation.

“He has the powers to stop this immediately (rising murder cases). The peace and stability we were having in this country are fought for and brought in this country by the Gambians, and that same Gambians are still here. Where is the problem? We changed presidency, we have security personnel to protect the life and properties of the people, they are here, we wanted a new President, we have it, then what is the problem?” he questioned.

“Somebody somewhere is not fulfilling his obligations,” he added

Mr Kandeh, speaking about the president’s way of communication with the citizens, said HE President Adama Barrow should not talk information at a face value.

“He should not sit in his office and be fed with information then he just believed and consumed it. I can say that 90% of the information he receives might be fake because I do not believe that he would want to see people being killed left, right, and centre of the country and do nothing about it.”

The opposition leader urges the government to equip and monitor power holders for the safety of the country.

“The President should call on those he entrusted with the country’s security, there are people causing more harm than good. Come out, do the needful, and care less about criticism because the lives and properties of the Gambians matter.

If need be, use the Gambia Armed Forces with the Police for security because security should not be compromised. Equip the security force for the safety of our nation,” he concluded.