Mighty Scandal Brewing At the Police Force: Accusation of Torture and Intent to Falsify Evidence 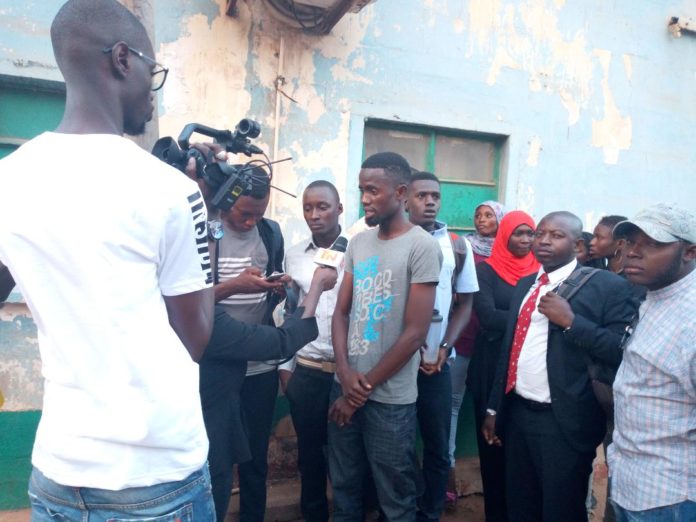 Fatu Network broke the story yesterday, of the UTG student arrested by the Police for filming them. We caught up with Alieu Gaku and what he said will drive chills up your spine. It brings memories of the NIA days and their clandestine ways.

According to Alieu, he was coming from work, when he saw the police arresting some youths. He decided to take pictures, and that was when the police jumped on him and flung him in their truck. He was handcuffed and slapped while he was on his way to the station.

“On the way, one of the police officers made it clear to me that they are going to set me up, because they know very well they don’t have a case against me.” He also complained of further threats the police made against him, even at the station. He accused the police of trying to plant false evidence on him.

When our reporters got to the Serrekunda Police Station, Alieu’s mother, his colleagues at the UTG and Alieu Bah of #Occupy Westfield had already encamped at the scene. Alieu Bah also complained of police harassment.

The operation commander of the police calmed the agitated students and activists, and promised a full investigation into the matter. We’ll keep you posted.