MELVILLE ROBERTS: The UDP needs to rebrand and do away with all those showbiz lawyers claiming to be politicians 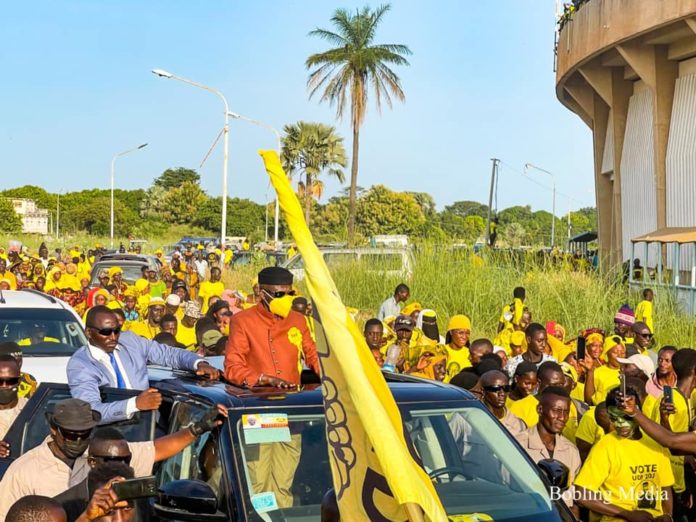 The UDP needs to rebrand and do away with all those showbiz lawyers claiming to be politicians.

Simple logic would have been to file preliminary grounds of petition to meet the time limit then file amended grounds later on.

Something similar occurred in 2006 when the late  Chief Justice Savage threw out UDP’s petition and they should have learnt from past experiences.

Whether the suit was dismissed on its merits or on mere technicalities is immaterial.  The fact remains that UDP’S petition was sloppy and the rules of procedures are what gives basis and structure to every legal challenge and thus, must be respected.

The UDP must now move on and allow for sincere,  honest, vibrant and not- so- emotionally – charged individuals to rebrand and position the party for the future.The greatest misconception is to have  2016 mushroom militants having a ring of steel around Lawyer Darboe and preventing him from being able to know the reality as obtained on ground.

Loosing an election is not the end and the UDP is indeed a party that has stood the test of times. It’s a blessing in a way for the UDP as it now has an unbelievable 5 years to do some serious internal introspection and position itself favorably for 2026 or risked being  faced with an existential threat.

The Barrow government needs to have a robust and formidable opposition to keep it on its toes for this is what will nurture and build our budding democracy.

Every leader needs to have a few people around them that can tell them the honest truth and not what they wish or want to hear. I have always fought against the “Yes Sir” syndrome to political leaders and people in power. I will always follow the dictates of my conscience and be ready to speak truth to whomever regardless of the consequences.

It’s time to focus on building a progressive Gambia that is for the overall common good of it’s citizens.