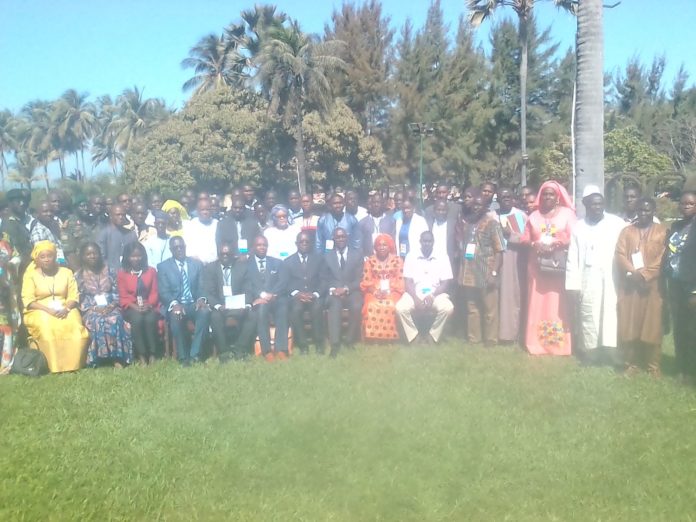 The Experts meeting between the Governments of Gambia and Senegal was opened for the first time on Gambian soil Sunday since the removal of former dictator, Yahya Jammeh.

The joint meeting brought together almost 100 experts from the two countries at the Kairaba Beach Hotel, Kololi.

Prof. Salieu Ndiaye, The Senegalese Ambassador to The Gambia in his opening remarks made emphasis on moving from declarations to concrete actions.

Ambassador Ndiaye called on delegates to focus on the implementation of the agreements, saying they would meet in six months to assess the achievements made.

Mr Ebrima Camara, Permanent Secretary at the Ministry of Foreign Affairs told the delegates that the meeting was to discuss different areas of bilateral cooperation between the two countries as experts.

“The Gambia is proud to host this event since the creation of the presidential council in Dakar in March 2017, during the visit of His Excellency, President Adama Barrow to the Republic of Senegal,” Foreign Affairs PS Camara said.

The Foreign Affairs PS went further to remind the delegates that the Presidents of the two republics have renewed their commitments to cement the ties of friendship and cooperation through the pursuit of mutual bilateral interests.

“Ultimately, the primary objective set by our two leaders is to promote dialogue and the undertaking or implementation of actions, in good faith and with openness,” he asserted.

According to Camara, in two days the two leaders will meet to give an account of the progress made to give the true meaning to their vision. Permanent Secretary Camara called on delegates from the two countries to be ready and committed to the agreement.

“If we cannot implement our Agreements in good faith and in good time, we will only be paying lip service to the road maps clearly set out by the leadership of the two countries,” he said.

The Foreign Affairs PS said the Gambian side has a number of areas where they wish comprehensive action should be taken.

Ms Saffie Sankareh, Permanent Secretary at the Ministry of Foreign Affairs in her introductory remarks said the two governments enjoy excellent bilateral ties and that the elevation of the joint ministerial council to a presidential council shows the political will to deepen and strengthen cooperation between the two countries.

Meanwhile, series of meetings will be held in the coming days between the ministerial and the presidential council.