Meet The People Tour:  Another Abuse of Incumbency? 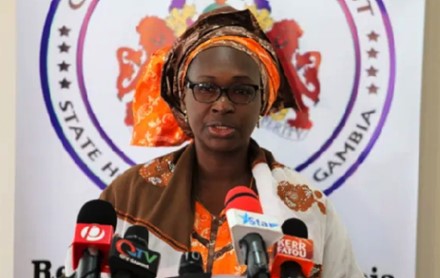 Allow me to take a close look at DA.  Jawo’s article, “Meet The People Tour:  Another abuse of incumbency?” was published on Monday, 21st March 2022, in the Standard newspaper.

D.A started by doubting himself.   He questioned if the President’s Meet the People Tour is another abuse of incumbency?

From the onset, let us get this clear, the President is on a tour that takes him around the country, thus nationwide.  He meets people of all walks of life, which he does for different purposes.  The constitutionally sanctioned “Meet the People Tour” is fully funded by the State.  That should not be confused with this particular nationwide party-political tour the President undertook as Secretary-General of his party.

Regarding a said letter for institutions to provide vehicles for the tour, the author should ask if the Head of State is entitled to State protection and essential services when he is on any mission?  If so, providing vehicles for his security and immediate entourage is not an abuse of incumbency but a privilege he enjoys as President.  The author should not forget that wherever the Head of State is on The Gambian territory, the State apparatus has a responsibility towards him and deserves the services.  That is a privilege he has as President.  Just like when D.A Jawo was a State Minister, there were privileges he enjoyed which were not “abuse of incumbency”.

“President Barrow’s such outings are more political in nature and reality than discussing issues affecting the farming community.”  The author fails to acknowledge that the President is also a politician and would engage in political missions when necessary.   President Barrow’s nationwide tour this time is to thank the voters.  Gambians could recall that he canvassed for their votes, and about 90% of those who turned out voted for him.

Moreover, his party and his allies have put up candidates, and he would campaign for his party to win the majority in the National Assembly.  What is the abuse of incumbency in that?

To demonstrate that President Barrow is not an abuser of incumbency, he got the private vehicles that he would use for his purely political party dominated missions.  As Secretary-General, he ensures that he and his party take care of his party officials and militants during the tour.  That does not stop the State from taking its responsibility towards him as a sitting President.

On access to airtime, one would have expected the author to monitor and validate before assuming whether GRTS would give more airtime to the candidates of the President’s party or not.  Slanting a story to focus on the President is different from giving prominence to a candidate who happens to be where the President is present.  Teasing out news stories on the President’s mission is attractive to the media.  It depends on the angle they would take.  While some are interested in facts, some are interested in gossipy entertainment news, and others would keep informing and educating about what happens during the tour.

Additionally, if anyone is in Barrow’s position, would you undermine yourself to lose power when people have given you the mandate to rule the country?  The President has the legitimate right to consolidate power and convince citizens to support his development plan.

He is determined to focus on and not derail his development agenda.  Also, President Barrow is the Secretary-General of his party, and it is legitimate to campaign for its candidates.

Finally, I hope these observations will help the author answer the question mark he had over the President’s “Meet the People Tour and whether it is an abuse of his incumbency or not.