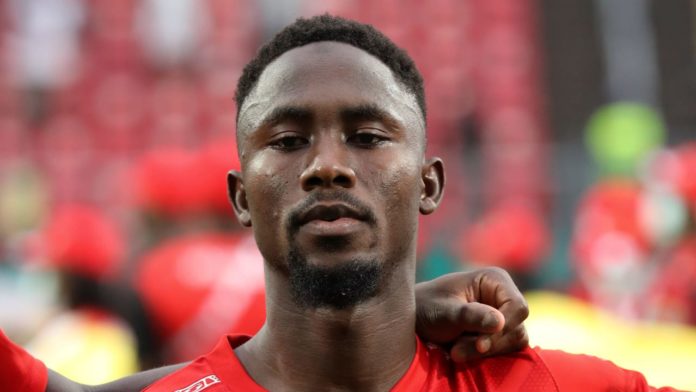 Gambians celebrated on Wednesday after the Scorpions’ historic 1-0 victory over Mauritania in their first ever TotalEnergies Africa Cup of Nations appearance. A win by a lone goal from Ablie Jallow.

Hundreds of kilometers from the main Gambian cities and towns, in Déni Birame Ndaw about fifty kilometers from Dakar (Senegal) where the headquarters of Génération Foot is located, the young people jumped to the ceiling, Balla Djiba, the Senegalese coach who first discovered the Gambian striker, told CAFOnline.com.

” Wednesday was joy as if Senegal had just won,” said the coach, commenting on the cries of joy that crossed the walls of the Senegalese academy from which Jallow emerged.

The Senegalese coach recalls that there was not much debate around Jallow, currently on the books of Belgian Premier League side Seraing.

”He had come to a tournament organized in Diambars and when our technicians came across him, they immediately flashed and the debates began to see how to welcome him,” added Djiba, indicating that the Gambian international ‘ ‘has a Messi profile’.

“Generation Foot had just got their hands on a very good prospect, he had to be pushed to work more, especially on the physical and athletic level”, continued Djiba, the former player whose career was halted by injury in the early 2000s.

“Nobody doubted that he will shine in professional football, and Génération Foot counted a lot on him to win their first league title in 2016-2017”, he added.

At the end of the season, Jallow joined FC Metz (France), the partner club of the Senegalese academy.

“I called on Metz leaders to be patient with him,” recalled President Mady Touré when asked about the reasons that did not allow the young Gambian to assert himself more with the French side.

“I was convinced that he will explode at a very high level,” said the president of Génération Foot, currently present in Cameroon to follow the flagship competition of African football.

“And we are happy to see him as the leader of his team,” added Mady Touré, stressing the objective is to see his academy train the players of the first African national team that will win a senior world cup.