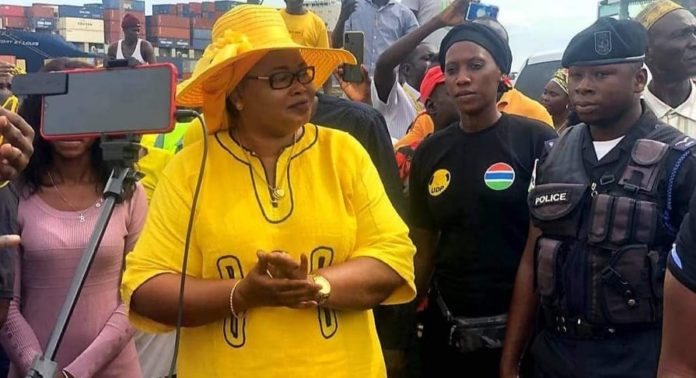 UDP second vice president Rohey Malick Lowe has called on all supporters of UDP to come out in their large numbers to welcome leader Ousainou Darboe.

Mr Darboe will return home on Thursday from his tour of the nation.

A huge welcome is being prepared for him from Brikama to his residence in Pipeline.

And Rohey Lowe who is also the mayor of Banjul wrote on her official Rohey Malick Lowe Second Vice President of United Democratic Party Facebook page said: “Tomorrow Thursday is the historic welcoming of our party leader and flagbearer, Hon Ousainou Darboe.

“Comrades and party sympathizers come out in your large numbers and be part of history making event.”