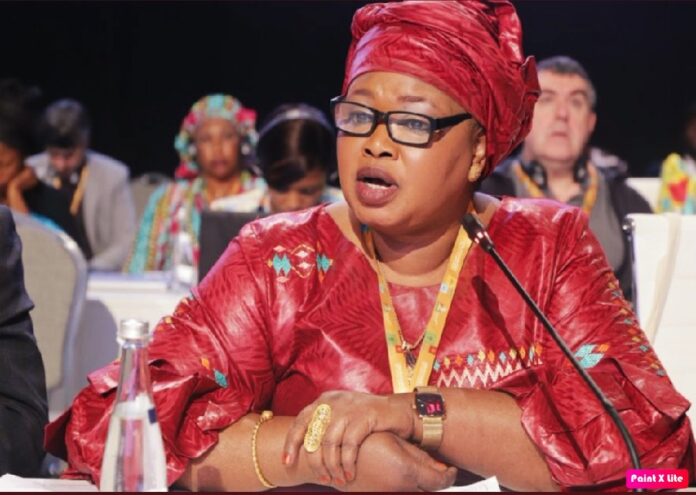 The newly elected president for the Network of Women Elected officials of subnational and local governments of Africa, REFELA, Mayor Rohey Malick Lowe has commended the Adama Barrow led government for its role in her REFELA presidential election victory. She did this during a state house visit on 2nd June 2022.

She went further to dedicate her victory to President Adama Barrow, the women of The Gambia and the young people.

“Your Excellency, I dedicate this victory to you, the women and the youth of our beloved country, the Gambia. I wish to recall that I received maximum support from you and the government of the Gambia. I truly appreciate your support and that of the government. You did not relent in your efforts to pull diplomatic strings to make this happen,” she said.

Mayor Lowe explained that she won the elections after the organisation’s Vice President for Central Africa withdrew her candidacy and supported her (Mayor Lowe). This paved the way for her to be unanimously voted into office as President of REFELA Africa for a four-year term.

On his part, President Adama Barrow congratulated the mayor and expressed his pride in her achievement.

“I will seize this opportunity to congratulate Rohey Malick Lowe and her team and the entire Gambian people. On my behalf and on behalf of the government, I congratulate Rohey Malick Lowe for this rare victory. I think this is the first time even Gambians are knowing about REFELA. Myself, I will confess it’s when she came to me to explain about REFELA that’s the time I came to understand that this is a big thing the government should support. That’s why personally, I give my support…to make sure she succeeds because, if she succeeds, the Gambia succeeds,” President Barrow said.

He ended his statement by encouraging Gambians to be tolerant despite their political belonging and conviction.