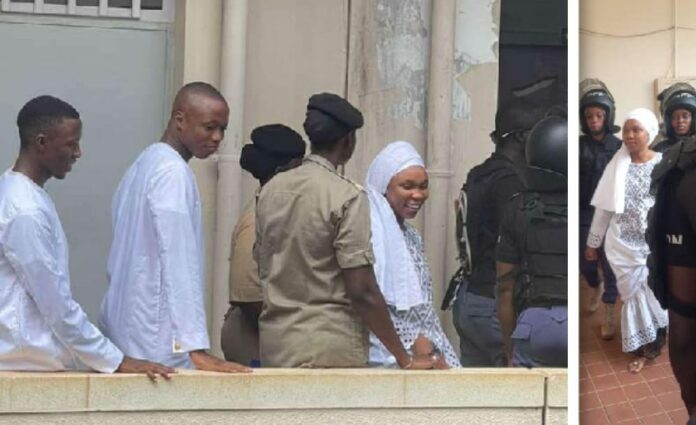 The seventh witness of the Prosecution in a criminal suit against Sainabou Mbaye and two others, Dr. Edel Perez of Africmed has told the court that Baby Muhammed, the child whose death the accused persons are being tried for, arrived at the Africmed International Hospital with low oxygen level and low pulse beat per minute.

The witness testified that the child arrived at Africmed at around 6 p.m., in critical condition and that was the reason one of the nurses called him to attend to the child. He told the court that the nurse told him that the child was left in a vehicle for 4 hours as per the explanation of the child’s family.

“Immediately, I checked all the vital signs and found out that, at this moment, the child had severe Respiratory Distress,” he narrated.

The seasoned medical doctor testified that they gave the child some medicines to prevent heart contraction and hypoxia. Hypoxia is a term used to refer to low oxygen.

“After medication (including paracetamol 150mg), the pulse increased to 74 (beats per minute) and oxygen increased to 74%,” the witness told the court.

Dr. Perez told the court that any human being, old or young, is at risk of having hypoxia (low oxygen) if the individual spends 10 minutes without good oxygen.

“I prepared a referral form and sent him to Banjul with Ambulance and oxygen,” the witness told the court.

During cross-examination, the defence counsel Drammeh asked whether it was true that the witness had spent limited time with Baby Muhammed. He responded: “It is correct in this case; the child spent 20 to 30 minutes at Africmed.”

Counsel asked whether the child was wet and whether he had vomited. The witness replied that Baby Muhammed was wet but had not vomited.

The witness was also asked whether anyone had told him that the child had flu or a cold. Dr. Perez replied in the negative.

“It is correct that you did not speak to the family; it was the nurse who spoke to the family?” Defence counsel Drammeh asked.

“The nurse was the first to speak to them. I also spoke to the family about what the child had,” the witness responded.

The case was adjourned to Monday, 17th of October for further hearing of the prosecution’s case.