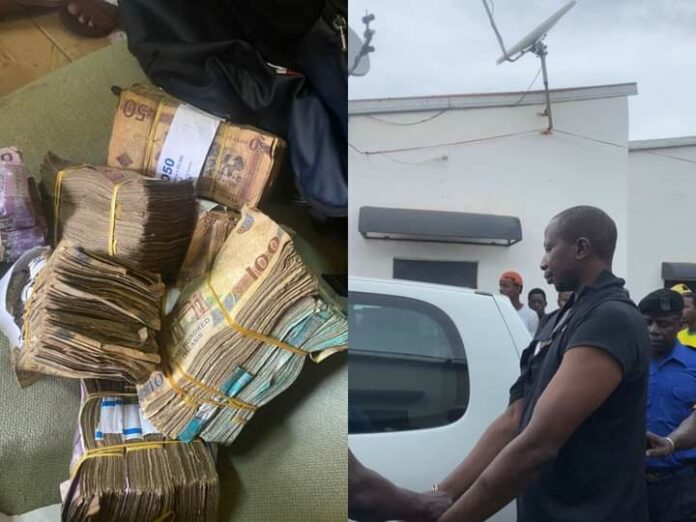 Magistrate Jabang of Kanifing Magistrate Court on Tuesday, August 23rd 2022 sentenced one Momodou Bah to nine (9) years imprisonment for breaking and stealing from one exchange Bureau at Latrikunda German.

The convict was charged with two counts; count one is breaking into a Bureau (AK Bureau de Change) owned by one Ebrima Jallow and count two is stealing from there D250,000 and 50 Euro equivalent to D2,842.5 contrary to sections 283(a) and 252 respectively of the Criminal Code. He pleaded guilty to both counts.

The 250,000 was recovered from the convict, however, the 50 Euro could not be seen according to the Prosecution, led by 1st Class 5756 N Bojang.

As per the Criminal Code of the Gambia, the punishments for breaking and stealing are 7 and 5 years imprisonment terms respectively, however, the Magistrate gave a “lesser” punishment to the convict; 5 years for Breaking and 4 years for stealing.

The convict appealed for forgiveness, saying he is a father of three and promised not to indulge in such.

“Also, I award compensation of 2, 842.5 for the unrecovered 50 Euro or in default, the accused to serve two years imprisonment with hard labour. All sentences herein run concurrently,” Magistrate Jabang ruled.

While narrating the “facts” of the matter after the convict pleaded guilty, the Prosecution, N Badjie said, “while the complainant (Ebrima Jallow) was at his shop on Friday 19th August, the accused met him and asked him if he had CFA with the impression that he (the accused) wanted to change.”

He continued that the complainant replied in the affirmative and the accused told him he would go to Westfield and return.

“The complainant went to the Jummah (for Friday prayers). Moments later, the accused came back. He found the door was locked. The accused had a screw-driver which he used to forcefully bend the lock. The door opened and he entered the shop.

He narrated that the complainant shouted and the accused was caught and taken to the Latrikunda German Police Station.