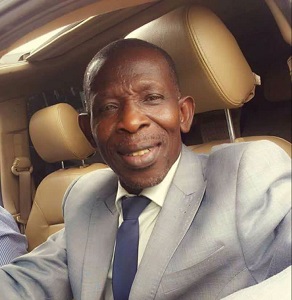 Veteran Gambian broadcaster and football commentator Malick Jones who is currently in Qatar for a World Cup Assignment has urged the Gambia Football Federation (GFF) to look seriously into the affairs of young people who aspire to a career in football.

Mr Jones was speaking to Nuimi Fm yesterday evening and he called on GFF to do the “right thing” to make sure that Gambia continues to excel in football.

“Let them create the opportunity for young people to be able to play the game. A lot of youths had lost a lot following Gambian football. It is not easy to wake up every morning for training without getting anything,” he said.

He added that a lot of young people have lost other careers while following football.

“When you go for training you hard to go to work because you won’t have the time. Most of these people lose their careers and football is not paying anything.

“I pity the young people because once you get into football hoping that you will be professional. If you fail, you lose a lot of other chances perhaps you will have been employed somewhere.

“I want GFF to think seriously about this and look at the future of the youths who are spending their valuable [time] trying to play football and are not getting anything out of it,” the veteran journalist emphasized.

Mr Jones stated that football has now become professional. He urged the GFF to ensure that young people who are playing football are given something that they can take home for themselves and their parents.

“Right now, they are not getting anything in football,” he noted.

Mr Jones whose assignment will last throughout the World Cup said Gambian youths should be given all the necessary support so that their dreams of playing professional football can be a reality.

He equally urged Gambians to extend their support to neighbouring Senegal who are making their second appearance in the World Cup.

“I know a lot of Gambians may want to support other teams like Brazil, but I urged them to support Senegal or other African countries that qualified,” he concluded.