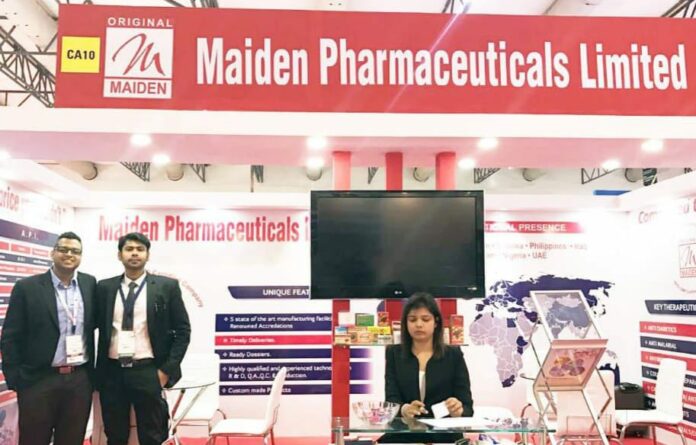 Following the deaths of 66 Gambian children from Acute Kidney Injury (AKI) linked to contaminated cold and cough syrups manufactured by Maiden Pharmaceuticals Limited, an Indian drug manufacturer, the company has come out with a release in what it calls “clarification regarding the ongoing controversy involving the company’s name” and argues that it has “valid drug approvals for the export of the products” and that it does not sell “anything in domestic market, so it is only for export”.

Since the WHO’s medical product alert, the Gambian President Adama Barrow addressed the nation yesterday and commended the Health Ministry for its “timely detection of the outbreak”. Meanwhile, Maiden Pharma says it has always followed the protocols of the health authorities and that it has been obtaining raw materials from reputable companies.

“We are in the field of medicines for over three decades and have been diligently following the protocols of the health authorities including Drug Control General (India) and the State Drugs Controller, Haryanna.

We have valid drug approvals for the export of the products in question and we are not selling anything in domestic market, so it is for export only. We have been obtaining the raw materials from the certified and reputed companies,” a Maiden Pharma press statement reads.

The company also says it is shocked to have heard media reports of the deaths of the children as it only receives the information from its agent in the Gambia on the 5th of October 2022.

“We are shocked to hear the media reports regarding the deaths and deeply saddened on [sic] this incident but we received the official information from our agent at [sic] the Gambia on the 5th October 2022 and on the 7th October 2022 and the sample were drawn by the CDSCO along with all relevant documents in question in presence of our directors,” the statement continues.

The company has also made clear that it will not comment on the issue henceforth since the matter is already pending investigation.

“The samples have been drawn by the CDSCO officials and we are awaiting the results and since the matter is already pending investigation and subjudice [sic], we cannot comment on any other issues and shall update you in future as and when we receive the information,” the release ends.

Share
Facebook
Twitter
WhatsApp
Linkedin
Viber
Previous articlePresident Jammeh’s Witch-hunting: Victims’ Accounts and Current Condition
Next articleGambia’s Porosity to the Inflow of Untested Medications: Not for Health, for Wealth, but for Death!